Since the BIG 3-0 is only days away and the end of the year is quickly approaching, I want to leave my 20s and 2017 with everything I started writing to share with you now! I started many posts and topics, but never finished🤦🏻‍♀️ Shocker! Writing, for me, comes in waves; I get the flames under my butt to sit down and just write for hours and other times, I have no desire and cannot put words to paper. But now I’ve got that kick to finish and I am just going to lay them all out in one, giant, mumbo jumbo, smorgasbord type post:

First, let’s cover the latest research trial I participated in, that ended in July. The ‘Gait and Balance’ study was a 1 year trial with a total of 3 visits.  I started July 2016, followed with a second visit in March 2017 and finished July 2017. I know I covered what most of this trial entails in previous posts and the ‘Life and Lemons’ page, so I won’t go too far with all the deets.

Each visit, I do the exact same thing, as the Physical Therapist is examining the difference (if there is any) in performance and distance. It’s basically a day of walking (with the walker) and standing/twisting/moving my arms/finger to nose, etc. to measure my gait and balance; and a fun test on a machine where I have to keep my sense of gravity in one spot – some with eyes open, some closed. Easier said than done.

So, all in all, over the one year, my distance decreased by 2.5 seconds. Not too shabby 💁🏻 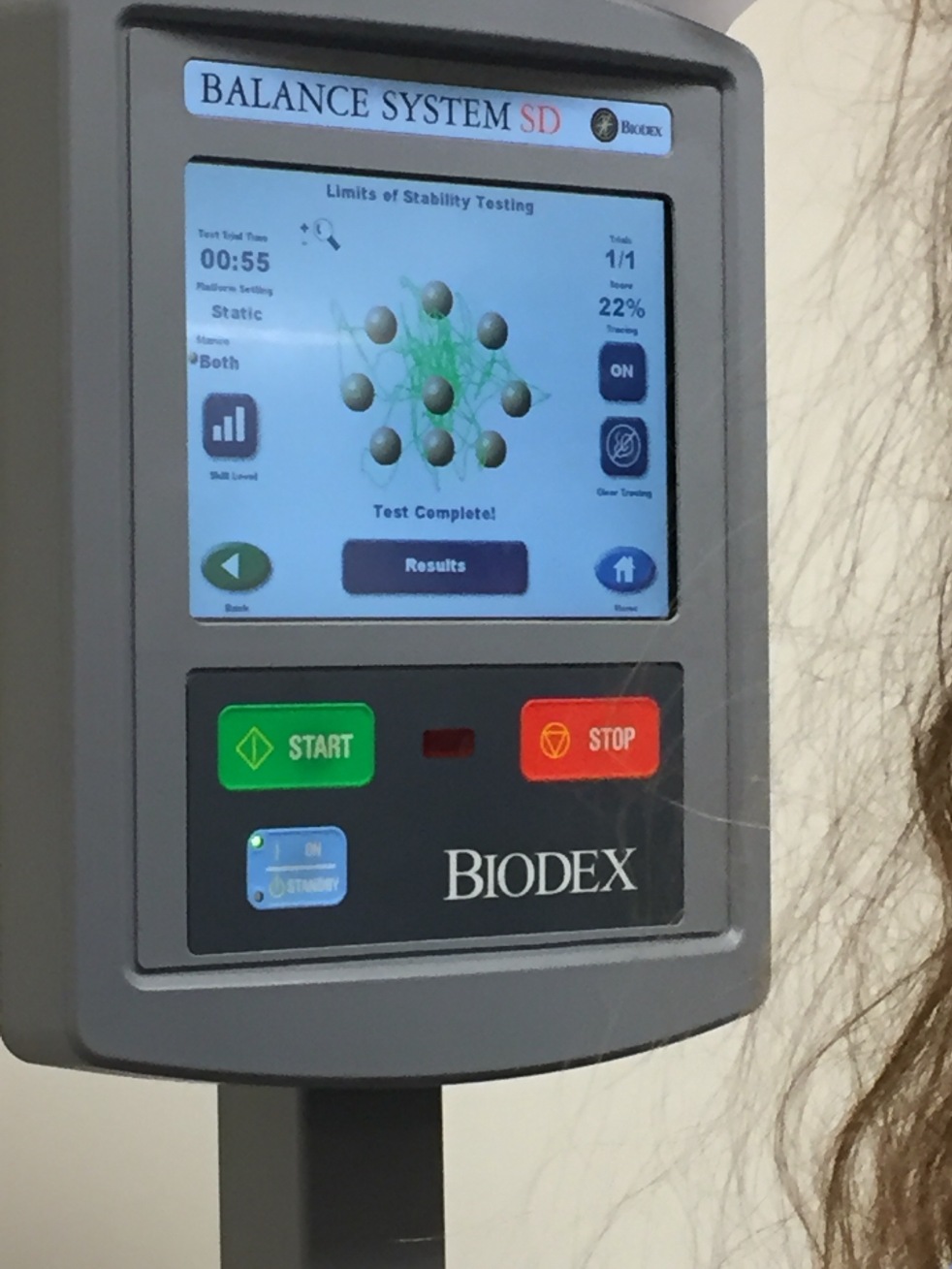 I start in the center and have to move my body to “touch” the other silver balls as they light up. The green “mess” is my record of moving from target to target.

Secondly, mid August, my family and extended family put together an awesome Golf Tournament to raise personal FA funds for me. This Tourney wouldn’t have been successful without everyone doing their part, whether it be: working behind the scenes for organizing, collecting, pre-ordering, etc., donating silent auction baskets, beer and time to set/clean up, being a participant playing in the tournament and/or just being there to give so much support and positive energy. Every person that was a part of ‘Fighting FA on the Fairway,’ near and far, played an important role that day.

The devotion to this Tournament really showed its awesomeness through the smiles that were held by everyone and me. It makes my heart so happy to have endless love & support.
​​​​ 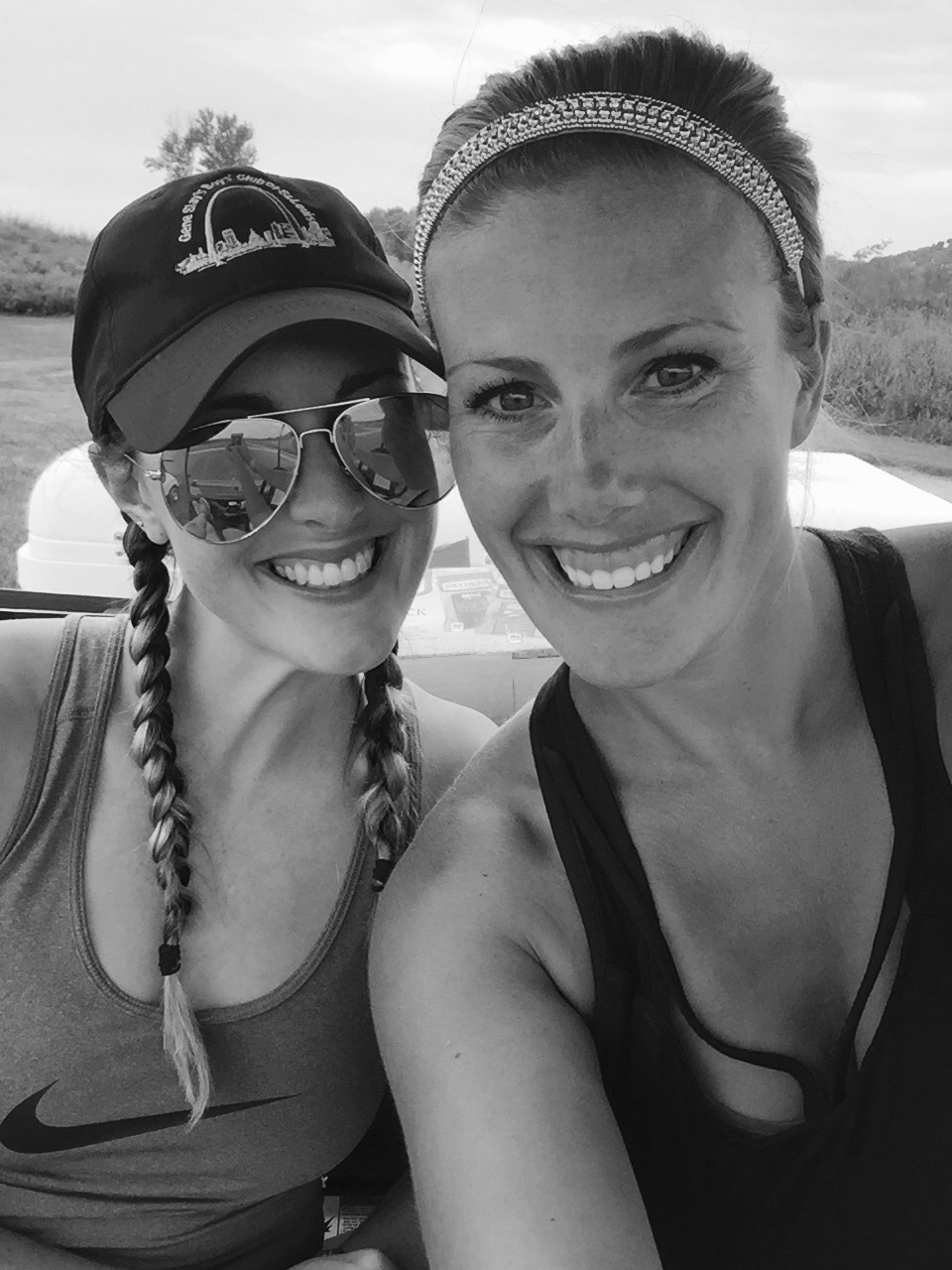 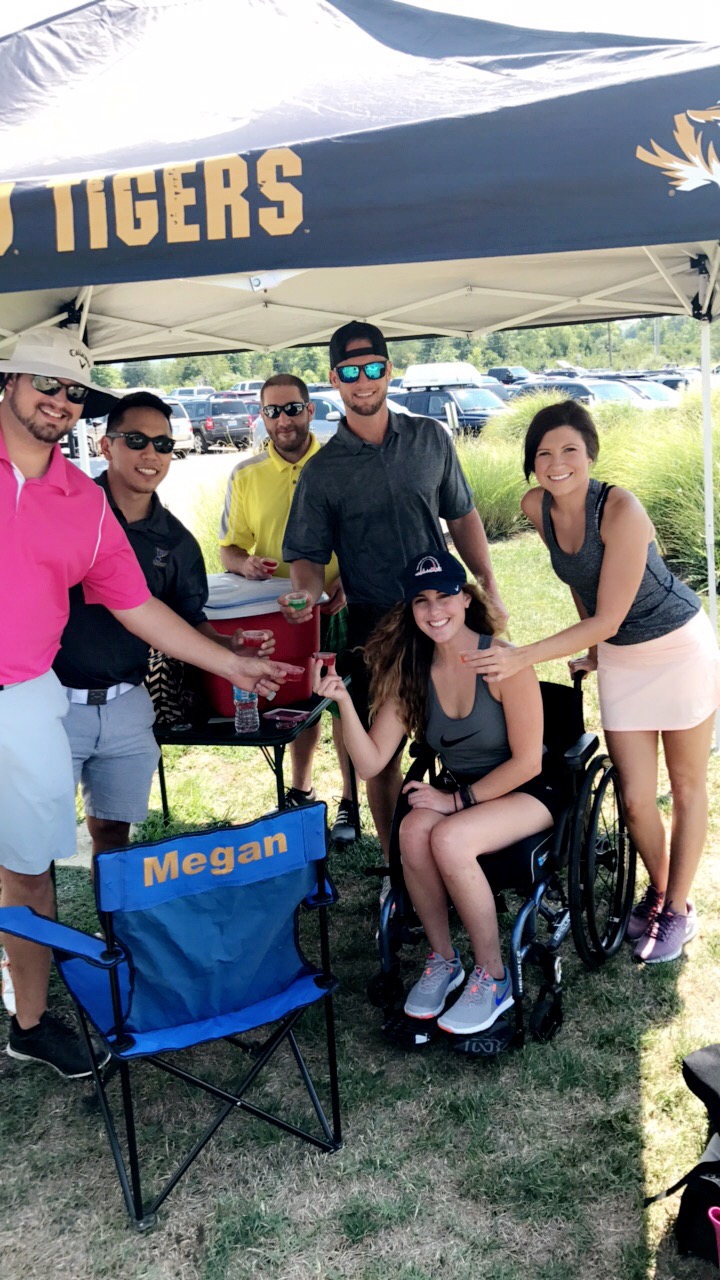 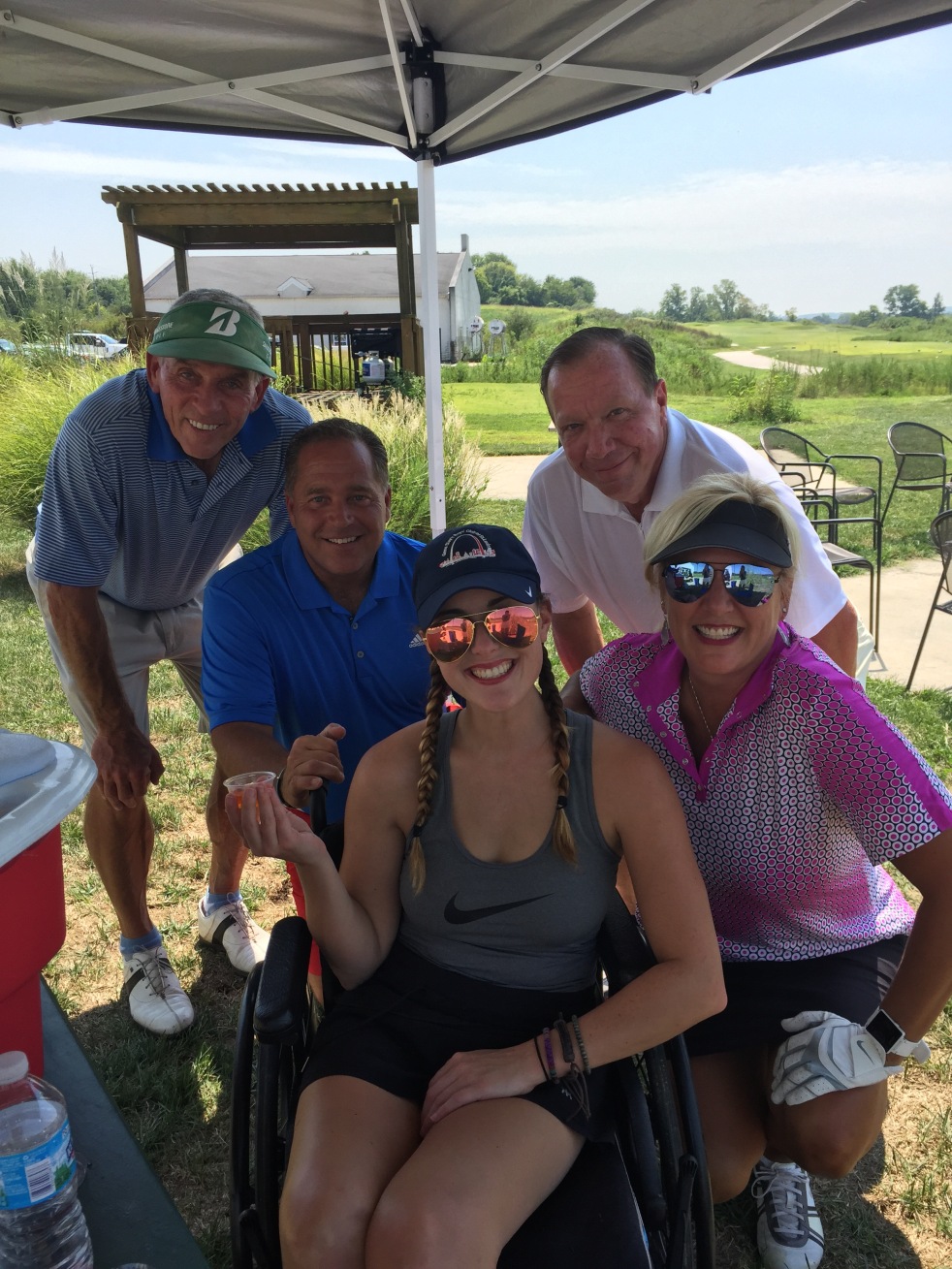 Because of a great success from the Tourney, I was able to go to something marvelous I’ve been wanting to attend for the past couple years – The FARA Energy Ball.

USF (University of South Florida) in Tampa holds an annual Symposium and Ball to raise funds for FARA (Friedreich’s Ataxia Research Alliance). The Symposium, unfortunately, was cancelled due to Hurricane Irma, but a live Pod Cast by two FA patients was conducted in lieu; which was awesome! The Symposium would have welcomed Researchers, Scientists, Doctors, etc. to speak about the most recent and upcoming research & trials. I was very much looking forward to this event, but the live Pod Cast was great! There was a panel of 3 people with FA that spoke and it was so heartwarming to hear others FA life story and meet these wonderful individuals and their families. And the best part was The Energy Ball. I  witnessed FARA raise $2 million for research from live and silent auctions; such a memorable experience! 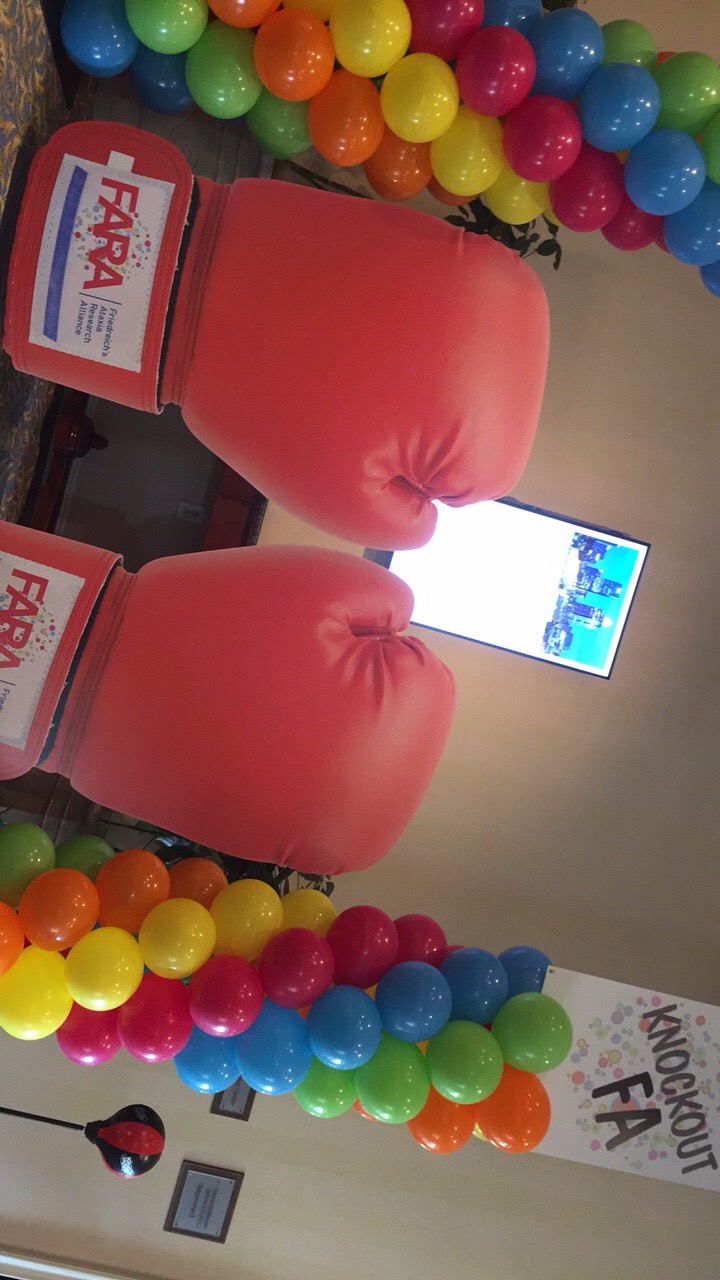 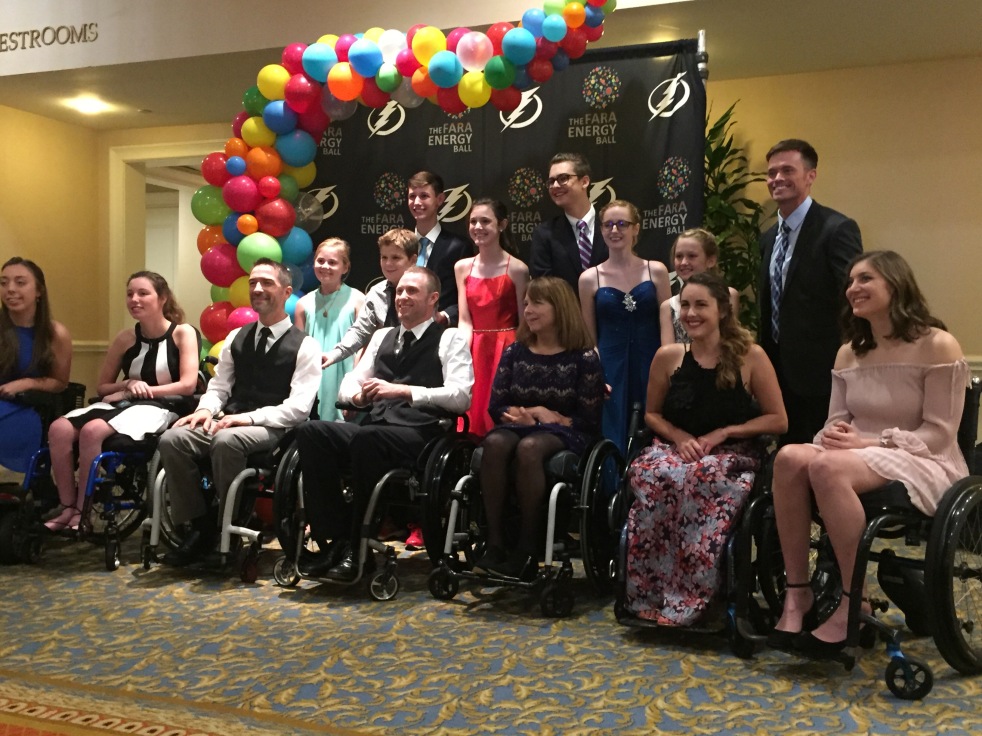 When I returned from Tampa, I participated in my second consecutive year of the ‘Slim’s Journey FA walk/run’ with my wonderful team ‘Gotta Have FAith’ by my side. Since I am an Ambassador for FARA, I wrote a blog post for the FARA site of all the deets of this event. Check it here👇🏼http://curefa.org/ambassadors/slim-s-journey

All this has been mixed together with the joys of motherhood, working and finding some R & R.

Eli just turned 5 1/2,  December 10th, and you would’ve thought we were celebrating the real deal. He made himself a Birthday crown, received a small present and my parents and I took him to dinner, where he got a giant bowl of ice cream to celebrate.

Eli is so into the Christmas spirit this year. He loves his Elf on the Shelf (Diego) and can’t wait to see where he moves in the morning.

He’s asked Santa to bring him lots of Under Armour things – quite the expensive taste for a 5 year old. Why can’t Santa really exist?! It would save parents a whole Lotta cash. 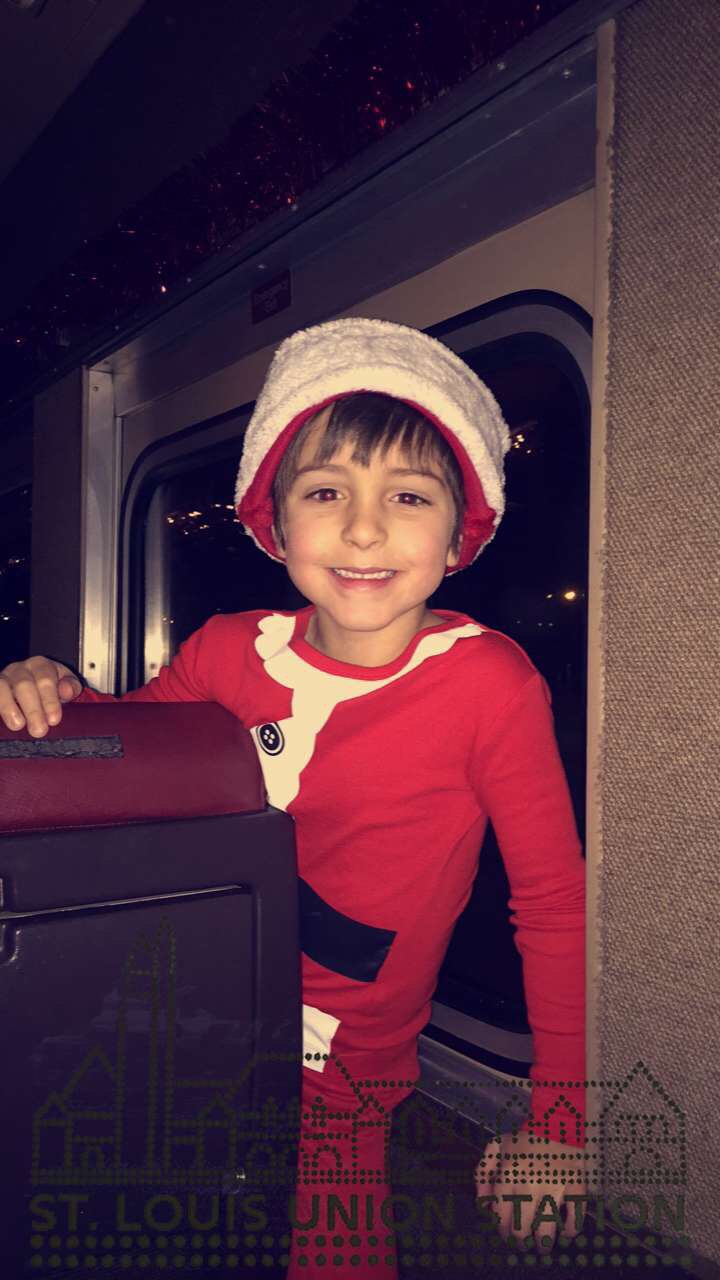 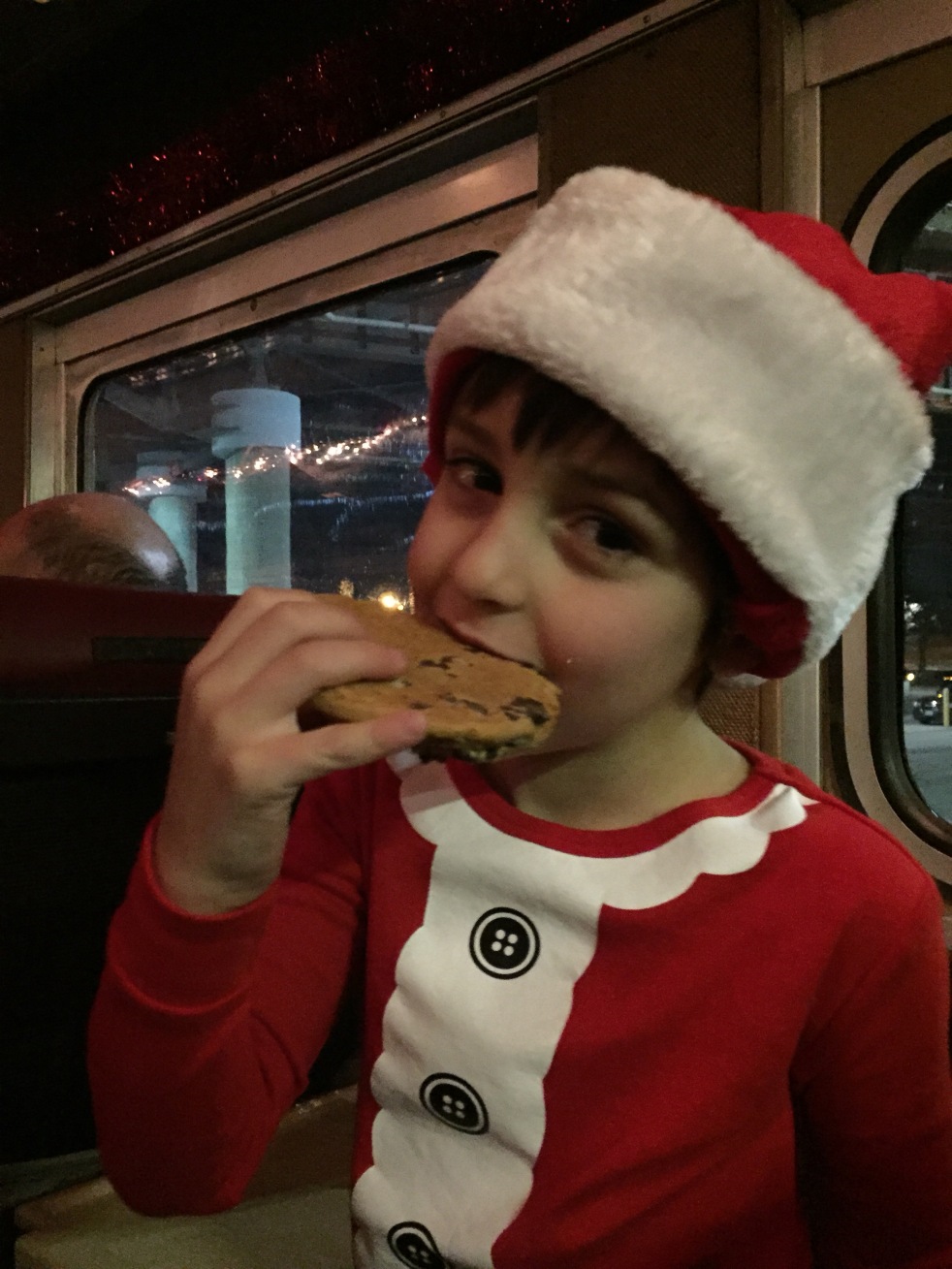 Work has been going just fab. I have been doing a lot of in home wine tasting parties, which has given me the flexibility for traveling, visiting some family, and enjoying fun things with Eli.

I went to Wisconsin a few months back, to surprise my cousin for her 30th. So much fun! I went with my mom and Eli and Eli got to experience his first plane ride, which he thought was the bees knees. ​​​ 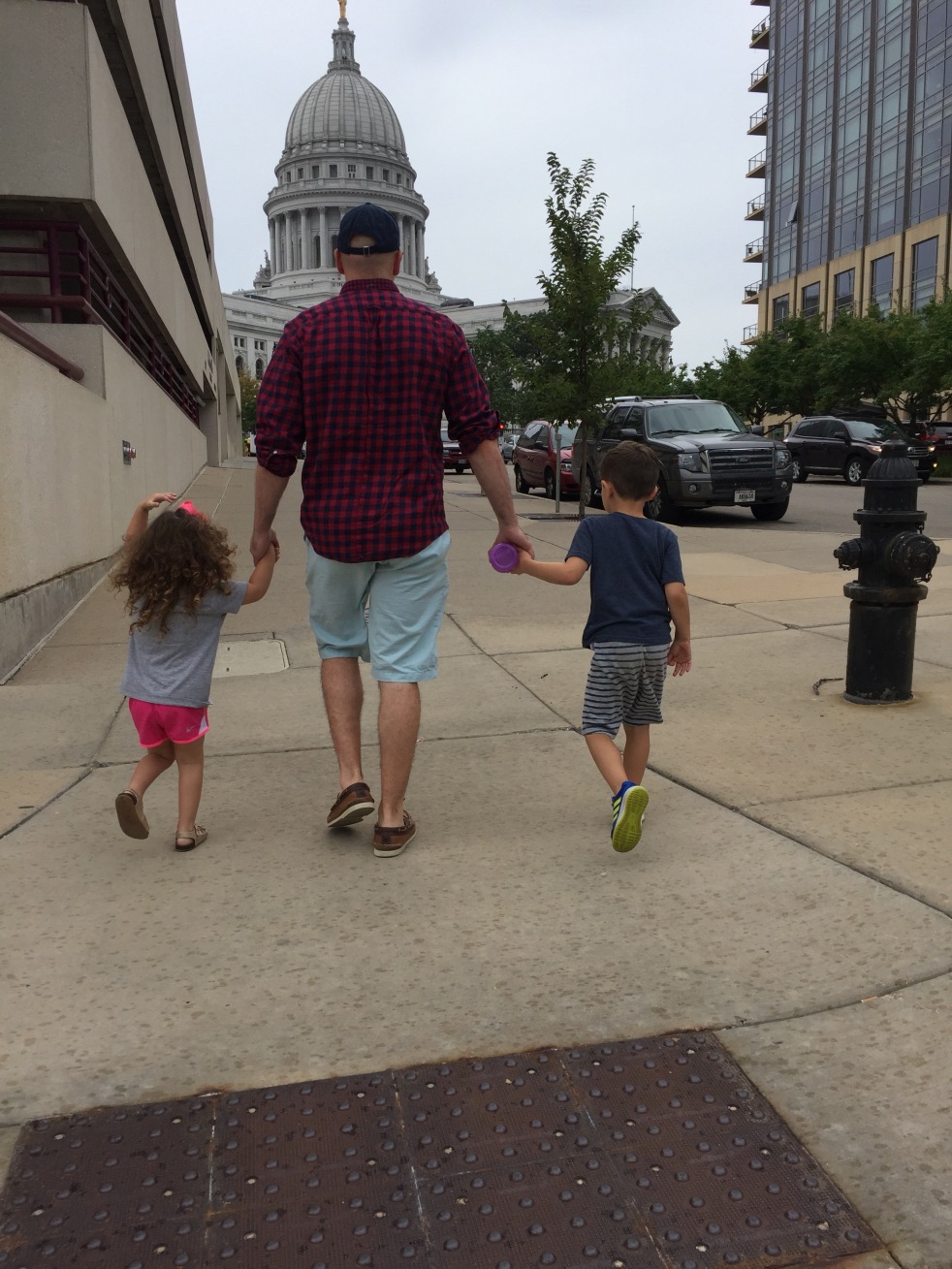 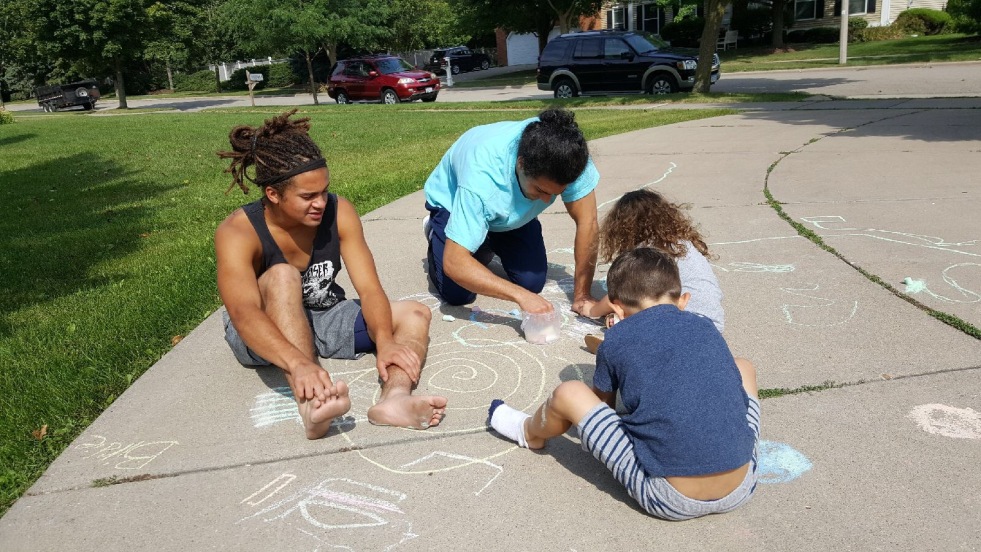 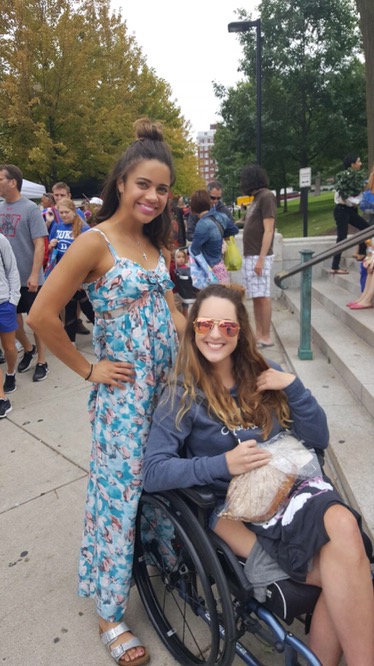 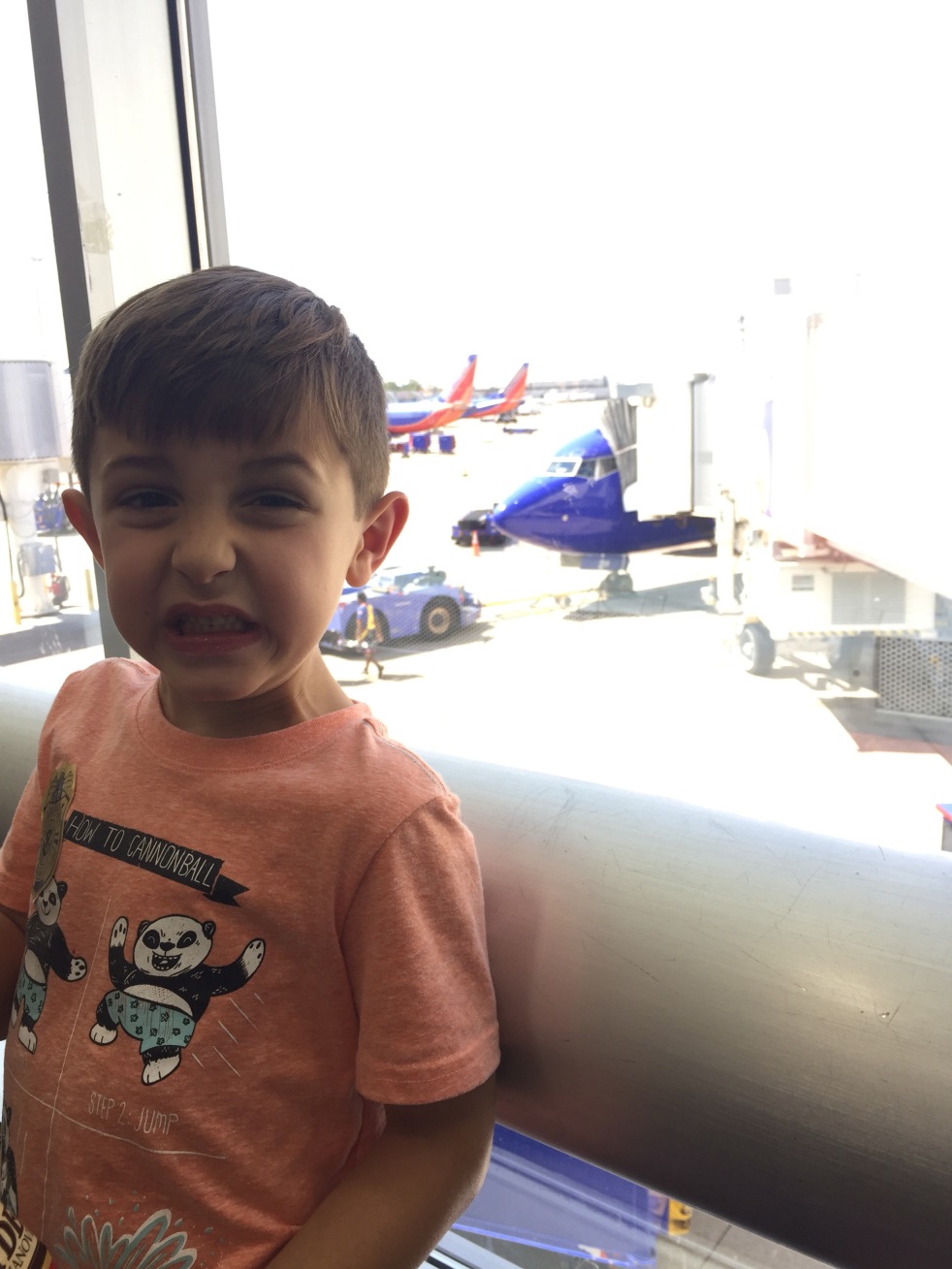 Last month, I witnessed in the flesh, Da Big Island. Yep, I went to Hawaii!!! It was beyond beautiful and soaking it all in, in 10 days just isn’t long enough – I hope to endure future trips there, and you should too! ​​ 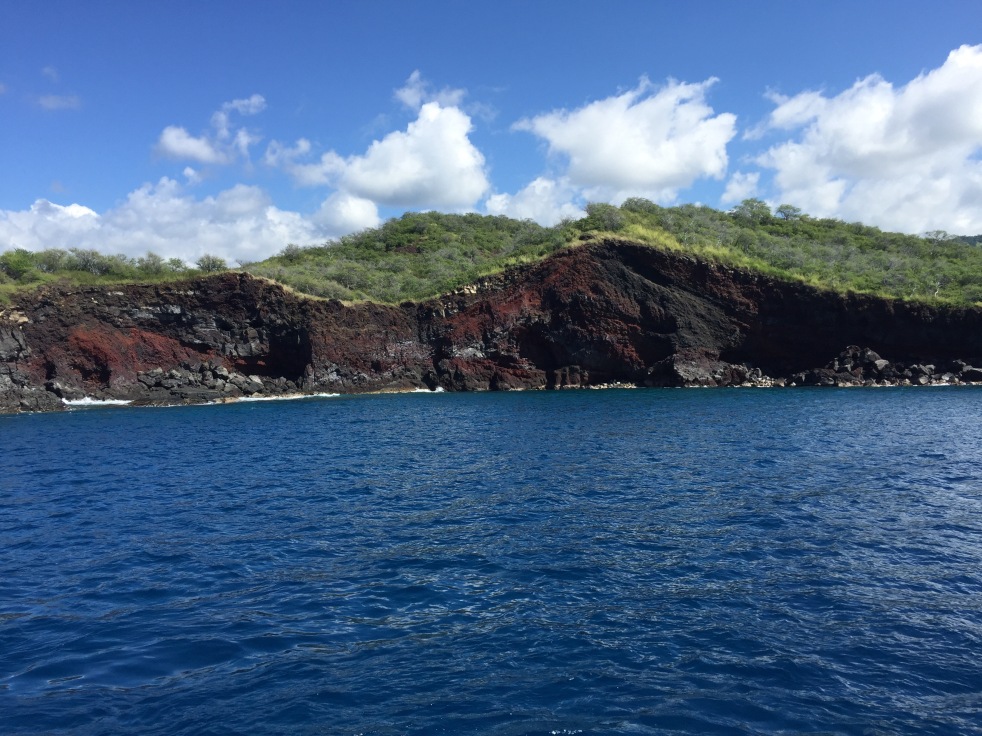 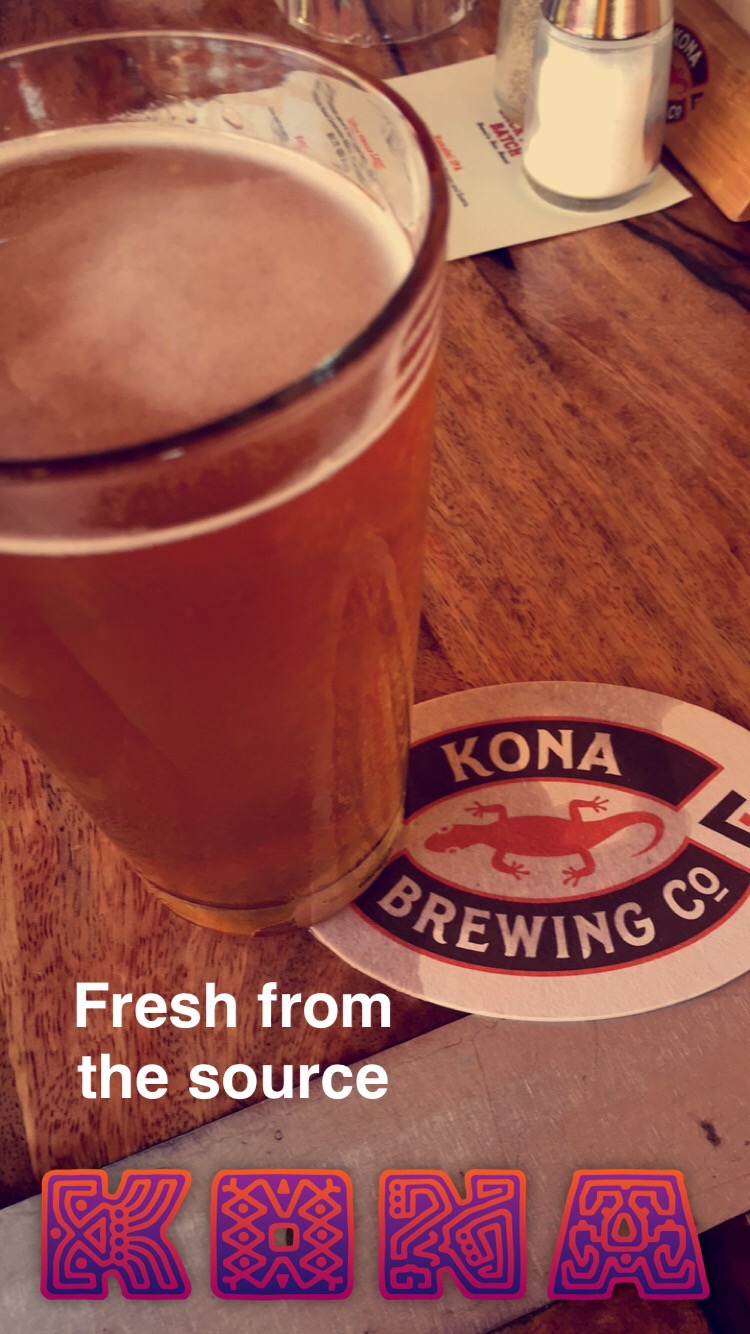 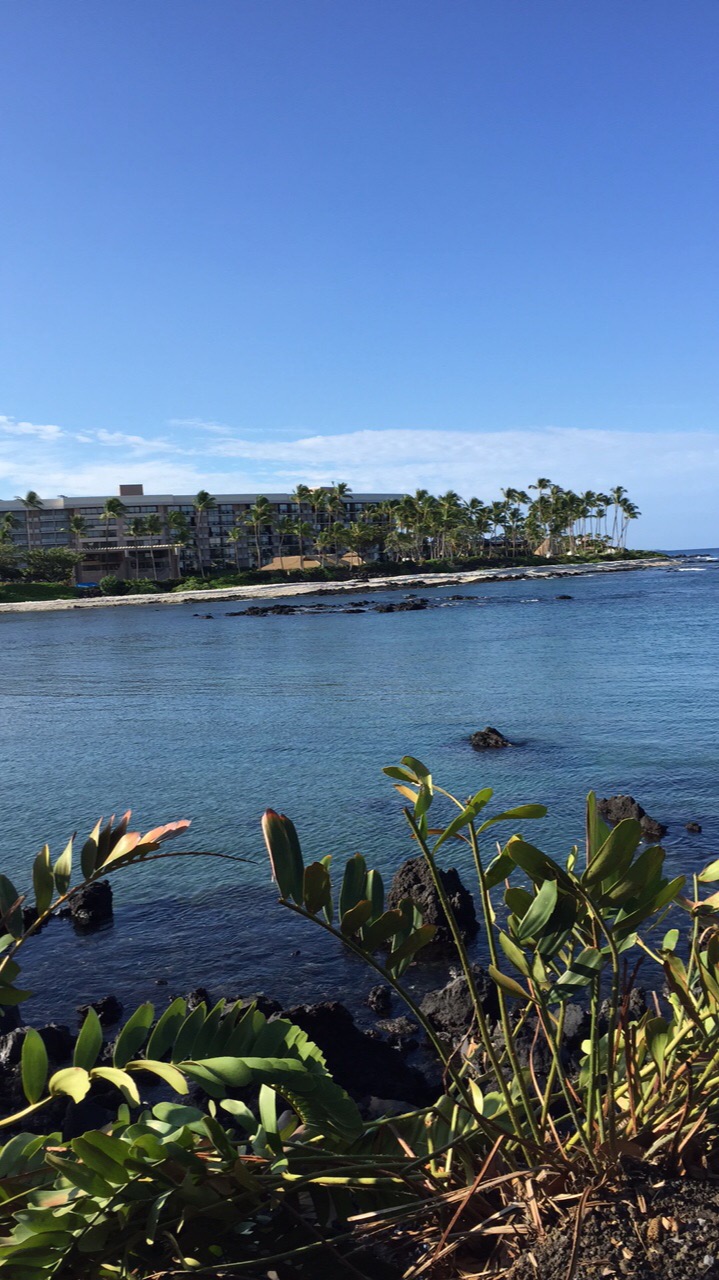 I am so ready for the next decade in my 30s and cannot wait for a Fresh New Year (Basic, I know).

Until next time…Have a very Merry Christmas, Happy Hanukkah and Happy New Year! 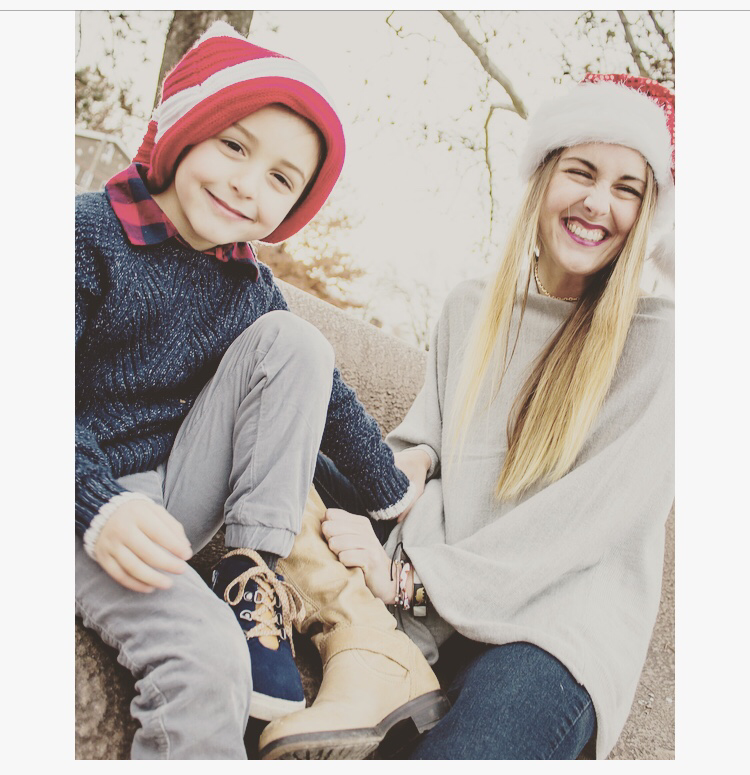