For the past couple of months, I’ve been going to the park quite often for at least 20 minutes, while Eli’s at school, to meditate, pray, gather my thoughts…I bring my Starbucks coffee (basic chick) sit on a park bench, the ground, or just stay in my car; close my eyes and drift. My mind races with ‘to-do lists’, over-thinks way too much  and worries about petty shhiiiii, so I calm myself with my own kind of meditation. I doubt there’s a wrong way to meditate; if it works, then I must be doing something right. I simply close my eyes, control my breathing and take at least 5 minutes to not think of all the worries that scurry in my mind. It helps me tremendously. I can think more clear and soothe away my worries. It’s not always peaches and cream; but life never is–I sometimes catch myself with the same worry or question over and over again and can’t freakin’ answer it. I’m the type of person that looks for signs. A sign that tells me “Hell Yes! Keep going down this path. This path is fabulous!” or “Stop! Don’t you even dare think about it.” I like these kind of signs. Blunt and to the point.

After I [somewhat] clear my mind, I open my blog and try to write. Key word: TRY! I haven’t been able to stick to one topic (what’s new?) and just let my fingers take over. Every time I think I can roll with a topic, I type a few sentences, then call it quits.
Since I’m STILL all over the place, I figured the best thing to do, is to share all my attempted posts.

These are going to come across shuffled; fair warning!

Attempt 1: (end of July) I just got back from Tampa for the screening of ‘The Gait and Balance’ & ‘RT-408’ trials. It was 2 days filled with lots of medical shiz and hours of physical therapy. 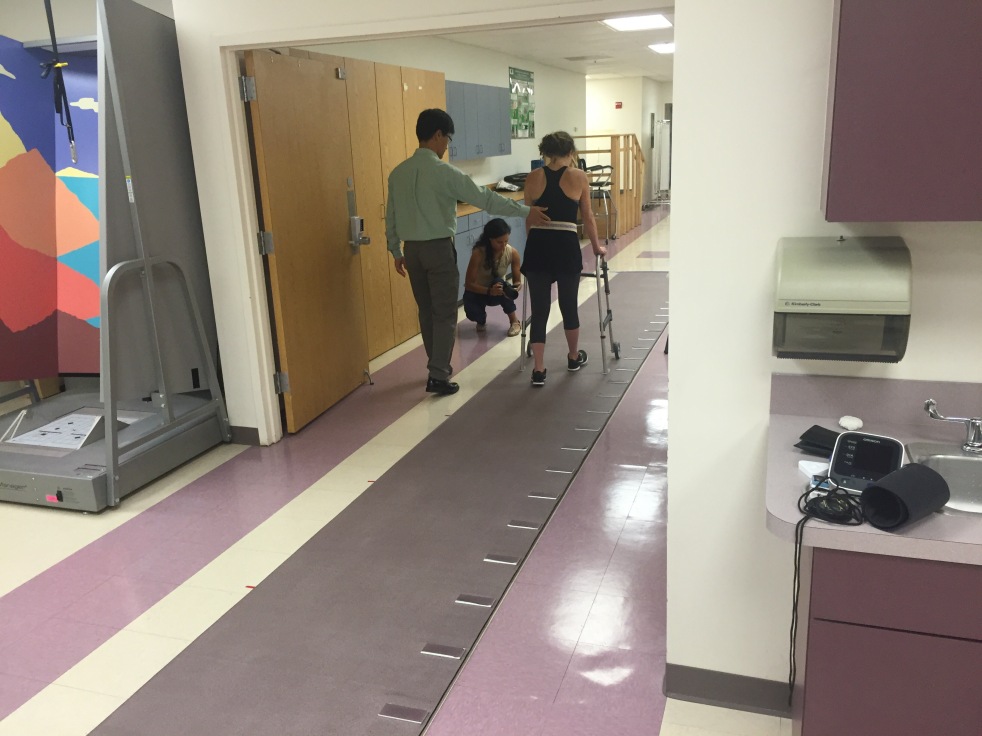 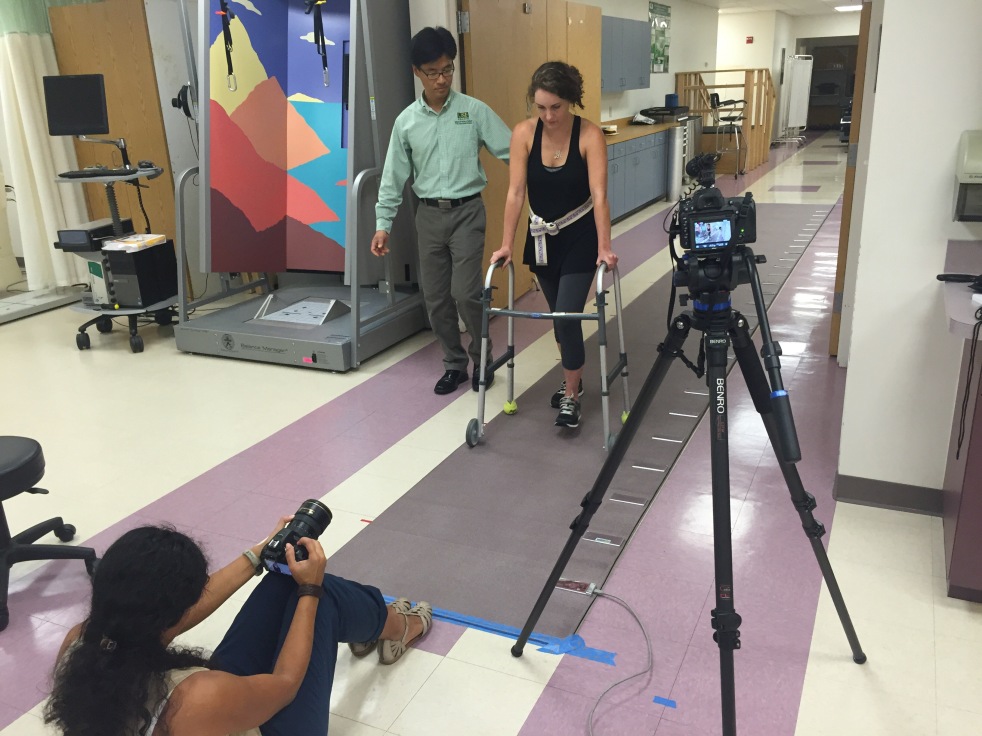 And guess what?! I was filmed! My celebrity face will be on the big screen at the FARA Symposium at USF September 12th @ 6:30. Check out the live streaming: http://www.ustream.tv/channel/curefa and I’ll give out autographs😉 But in all seriousness; it’s  a must watch! The symposium will cover all the potential treatments and success rates researchers have found in FA, as well as future goals and some real life stories of 4 FA’ers. Exciting stuff!

Attempt 2:  I catch myself questioning: is it easier to adapt and accept FA with earlier onset vs. late onset? I mean if you’re young and diagnosed, that’s all you know; there’s no real big adjustment. And with a later diagnosis, adapting from being mobile and independent to dependent is, in my opinion, very hard to let go. The adjustment period takes a while; at least for me, it has. It’s taken me 5 1/2 years to grasp the concept of having a disability and I probably still have more to learn.

Attempt 3: I was asked about places I’d like to see/travel to, but with the parallel question of doing so with FA. With lots of thought and recent experiences I believe I can still scratch my itch for adventure. I love spontaneity and surprises, so making sure I have the right tools and equipment at hand, at all times, is very important.

Having a disability is a lot of trial and error. You don’t realize you need something until you forgot to bring it along. Or you bring way too much crap that is never needed. Until you experience something, at least once, you don’t realize what is a necessity and what is not.

I’ve gone fishing, visited the beach, been to sporting events that require stairs, restaurants on the top floor with no elevators, elevators breaking down, no handicap parking spots left, old ass buildings with no easy access for walkers or wheelchairs, traveled to different states, traveled out of the country, been piggy backed on a cliff in Mexico (thanks, Uncle Francis), the list can go on and on…but with help, I’ve been able to experience a lot and I’m very thankful for that.

So, to answer the question…I am always down for an ocean, mountain or countryside view. Any where peaceful and serene, really. A cruise with my kiddo needs to happen, too!

Attempt 4: there are two times during the day that are the hardest for me: morning and night. Getting my ass out of bed just plain out effing sucks. Not only am I not a morning person, but throwing FA in the mix…I am like the Walking Dead in the morning. You should probably wait until that coffee hits my blood stream before trying to have a logical conversation with me.

And luckily for me, I have the cutest, sweetest, 4 year old barista, ever! Eli absolutely loves making a pot of coffee for me in the morning. He pours the water in, as well as the coffee grounds; starts her up for some brewin’, pours the coffee in my mug, adds creamer, stirs it up, walks it over to the table for me and says, every time: “I made you the best cup of coffee today, Mommy!” Seriously, my son is the BEST🙌🏼

Once nighttime rolls around, I am beat! I’ve used up just about all of my energy during the day, and I start dragging for Eli and mine bed time routine–taking a bath, asking Eli to stop running around naked and just put his PJs on like 10 times, brush teeth, read a book, sit in a chair in Eli’s room  while he falls asleep (we’re trying a new sleep technique) which can take up to 45 minutes, then decide: should I just go to bed? Or watch an ep of my show? The bed has been winning lately.

The most fatigue I feel in my body is my back and legs. It is normally at night because I’ve over used my muscles to walk and keep myself upright while standing and sitting. I don’t have pain, thank goodness; just fatigued muscles. A little 101 crash course on Friedreich’s Ataxia, in case you forgot the ins and outs:

-FA also affects the function of the cerebellum, a structure at the back of the brain that helps plan and coordinate movements

I know this probably sounds like gibberish, so let me break it down…certain nerves die.  These nerves are supposed to send signals to parts of the body for movement, but don’t; so, my muscles work harder to compensate for the damaged nerves. The nerves, that I’m losing, play the roll of coordination and balance. Say goodbye to that. Muscles become affected because they have to pick up the slack of the damn nerves that decided to peace out. Your heart is a muscle. So, problems can occur with that. There’s that. And I’m sure I don’t need to spell it out for you, what can happen if you have a bad heart. It’s supes important to have routine echocardiogram’s and take vitamins to keep that sucker beating strong. Not to toot my own horn or anything, but toot, muthatruckin’ toot, my heart is still very heathy🙌🏼

Attempt 5: my mom, two friends and I participated in a walk/run to benefit FA at the end of September. Besides participating in trials, this was my first FA event I’ve been apart of and it was awesome! I got to meet some other FA’ers and their families and hear the stories, struggles and how they’ve overcome the many obstacles thrown their way. I also got to chat with someone who works really closely with setting up FA events & learn of the up and coming ones. I’m really excited to start being more proactive in my FAmily. I always turned the other cheek in being involved and I want to kick myself for being stubborn far too long. 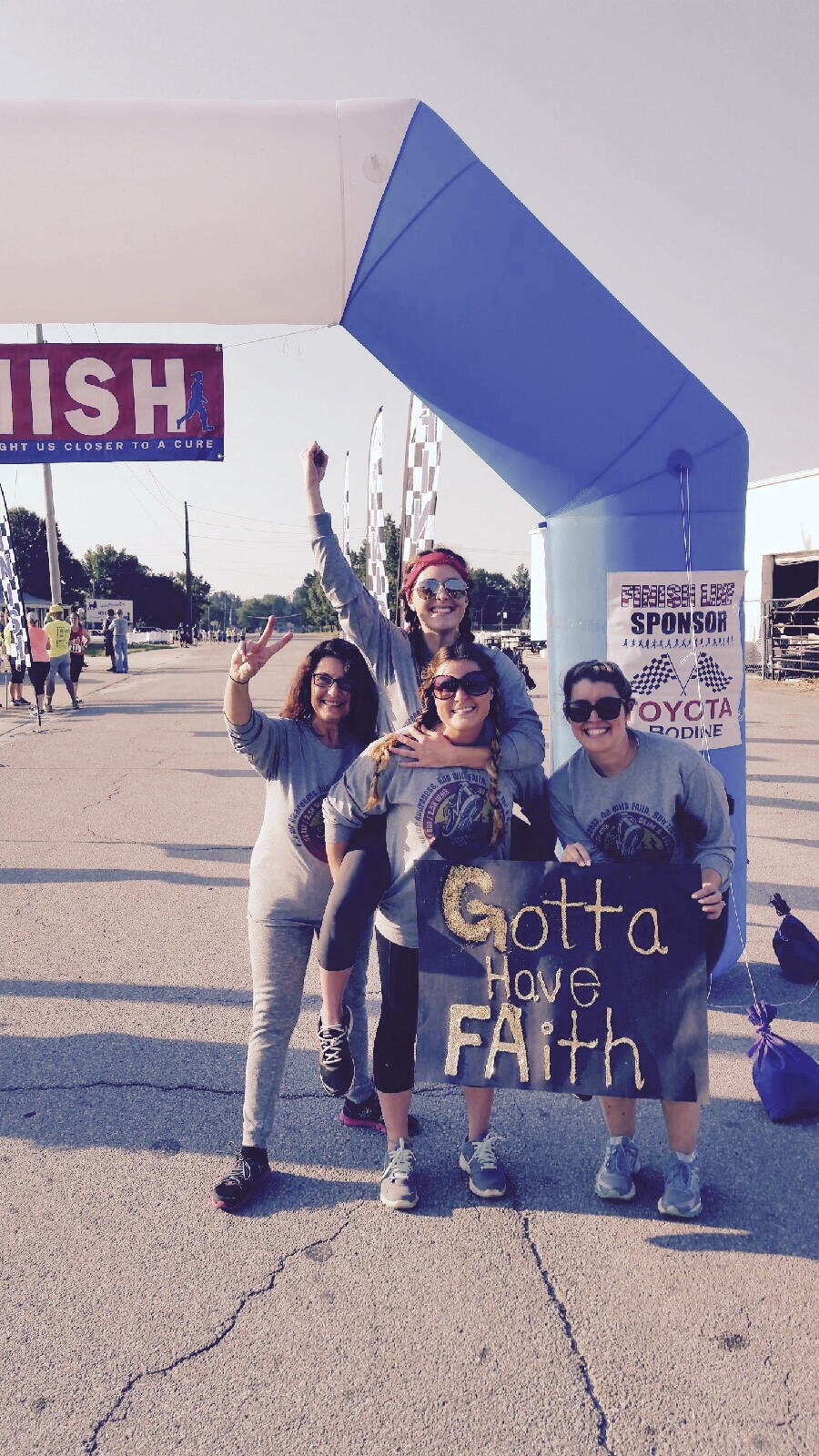 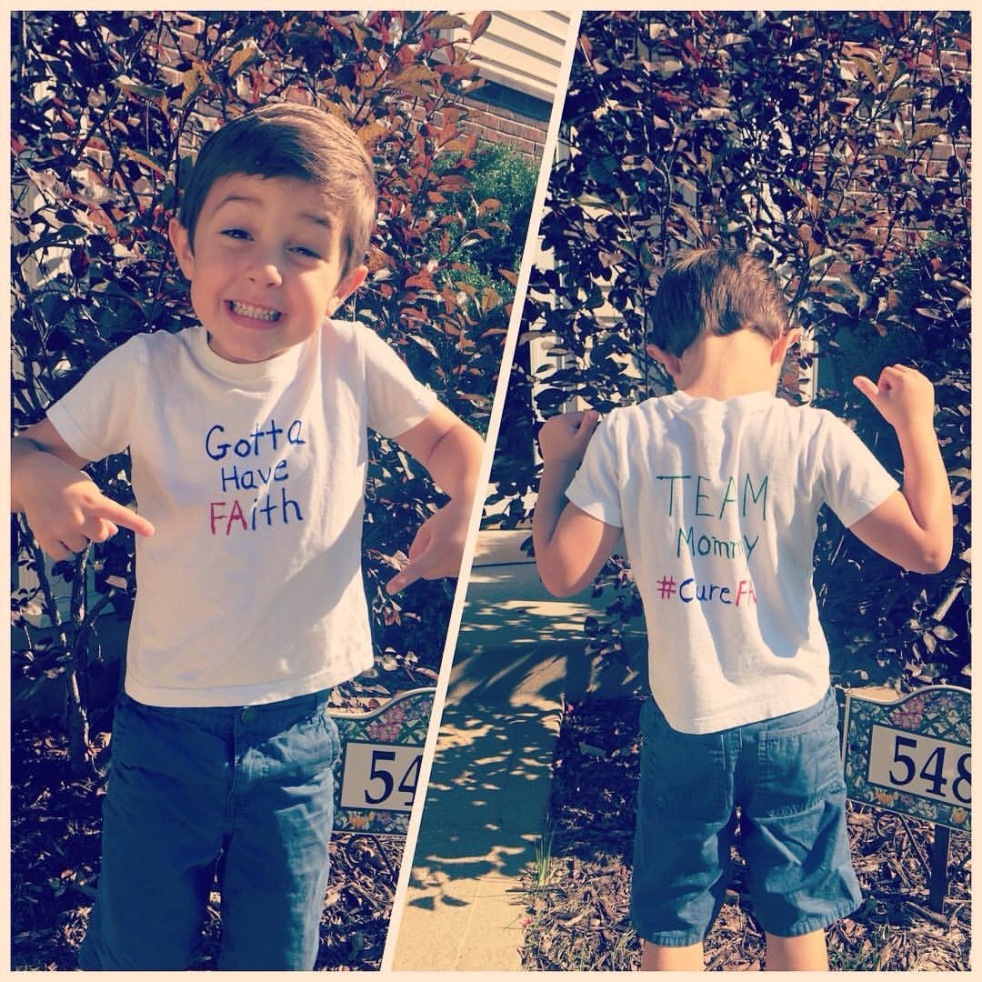