On December 20th, 1987, I made my grand entrance into this world. I was born and raised in the Gateway to the West. Home of the Cardinals, Blues and Rams. The city of toasted ravioli, provel cheese, gooey butter cake, delicious Imo’s pizza…and the infamous question of: “Where did you go to high school?” Trust me, it matters!

That’s right, good ol’ St. Louis, Missouri. One day I can be outside at Forest Park sweating my buns off, and nearly 24 hours later I can be bundled by a fire inside sipping hot cocoa. Mother Nature is a fickle bitch here. She needs to pull it together. 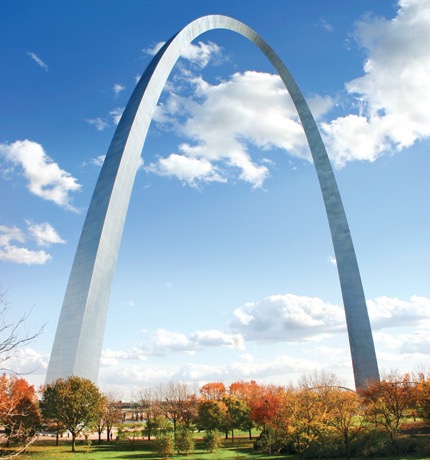 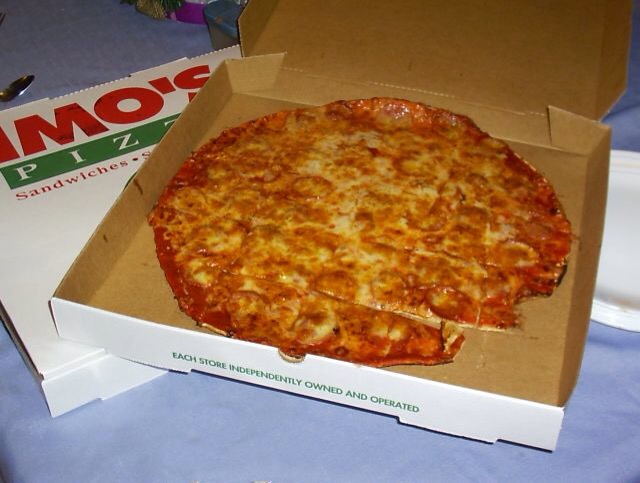 I had your basic childhood. I lived in the suburbs of St. Louis. Right at the end of a cul-de-sac where all the kids of the neighborhood would ride bikes, play hide ‘n seek, tag, races…those were the days! I lived with my two loving parents and half brother, Peter. I have another half brother, Ryan, who lives in Florida whom I just recently met for the first time.

Ryan, his baby boy and me

Peter and I are 9 years apart, so during my innocent ‘Barbie’ days he was out doing teen things. Once he was about 18, he moved out to begin his journey in California. I, 9 years old at the time, felt like I was left to be the only child. I didn’t really like it much. I would’ve loved having my big bro around to hang out with and teach me a thing or two. I guess that’s how it works when there is such a big age gap. 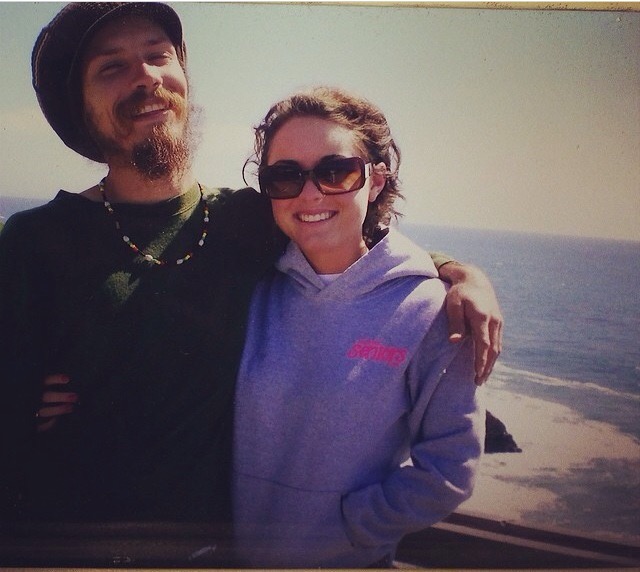 I went to a private, Catholic grade school and high school. Now, I can say how much I loved and appreciated going to school in a private setting but looking back, I know how all the rules, guidelines and dress codes were so annoying- “Tuck in your shirt!” “Your skirt can only be two inches above the knee.” “Your socks are too short!” “Take off your nail polish!” ….. 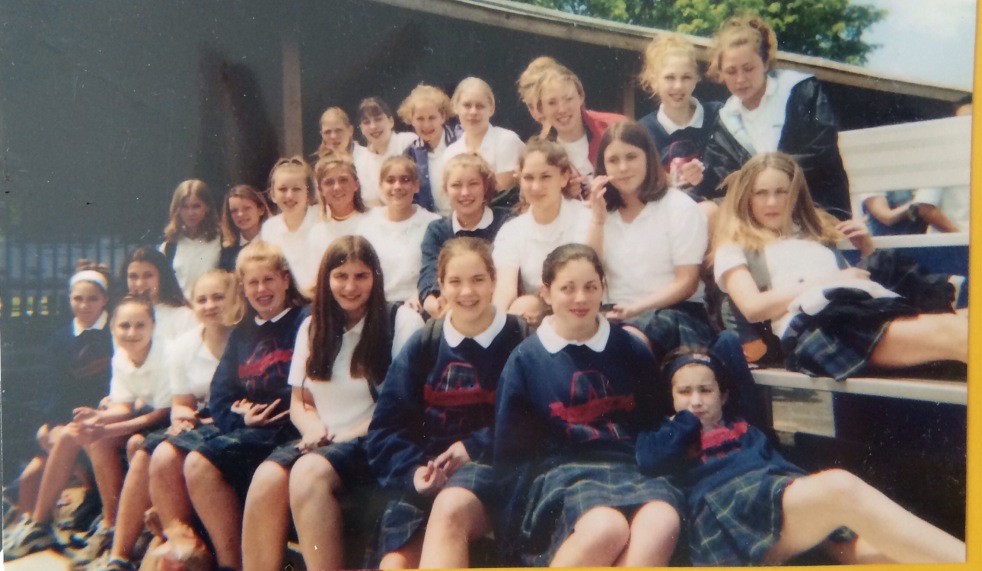 Last day of grade school with the girls 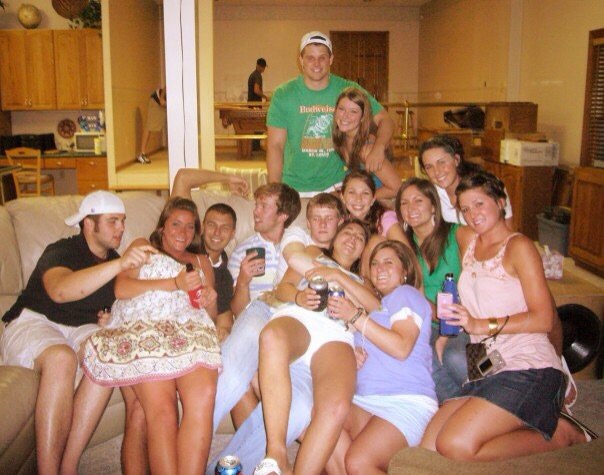 In my younger years, I played soccer, volleyball and was active in gymnastics. Playing sports ended when 8th grade did. That was also the time my braces came off, I got rid of my four eyes and said good-bye to my ‘little girl’ days. I became more interested in hair, make-up and clothes rather than playing sports. 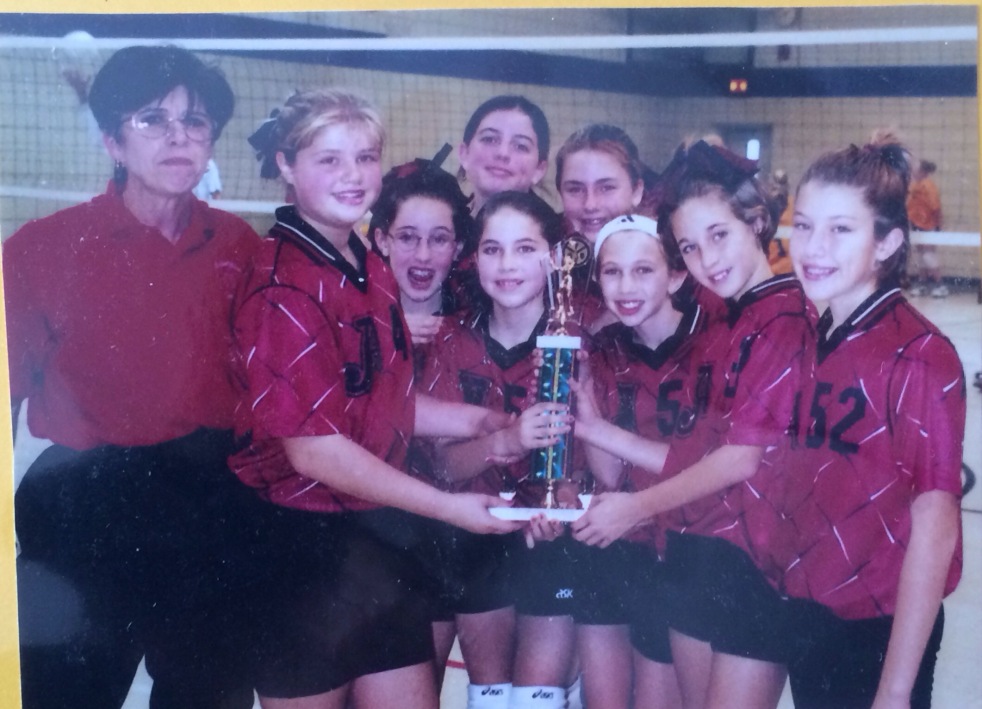 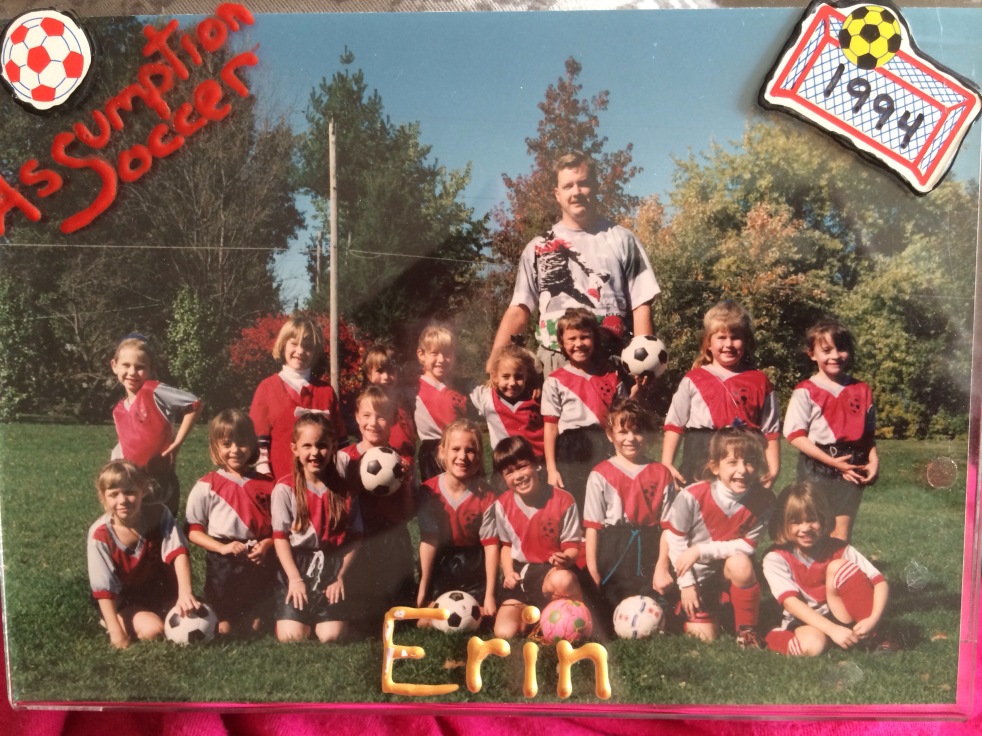 With the exception of being Fall Festival cheerleader Freshman year of high school.(This probably doesn’t constitute as a sport, but whatever! It was the best weekend ever!) 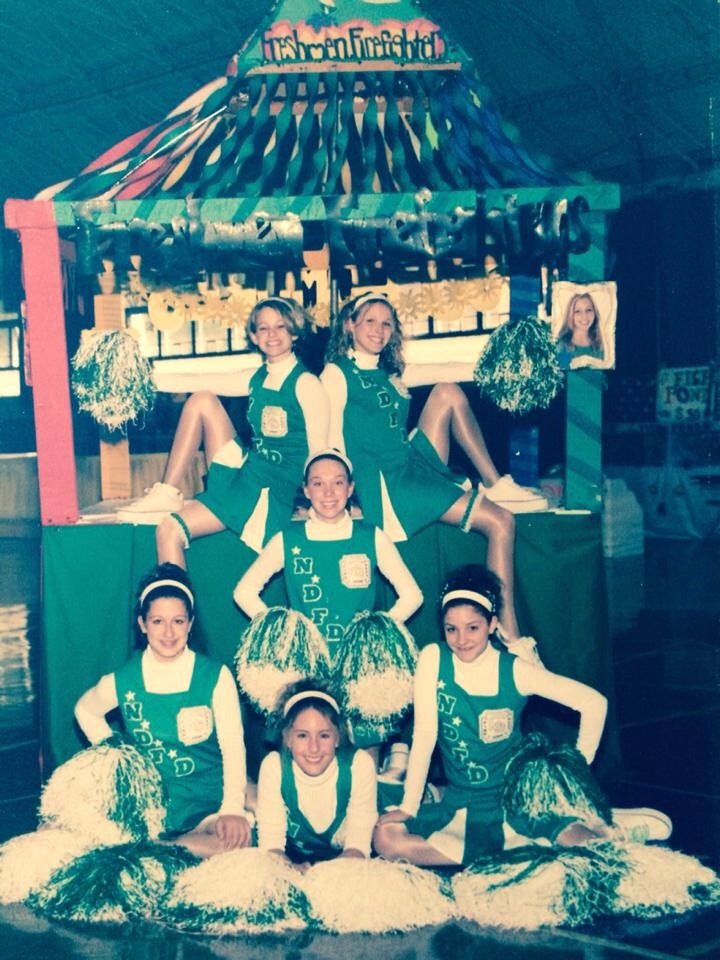 Then high school started–some of the best and worst 4 years. I went to Notre Dame high school. A school filled with only girls. Unless you went to a same sex school, you probably wouldn’t understand how great it really was. There were no boys to worry about impressing. We could wake up 5 minutes before we needed to leave for school; throw on our super duper cute uniform that we wore every day. Throw our hair up without even brushing it. Make-up…what’s that? Eat like animals. Burp. Fart. Be obnoxious. Basically, we could be ourselves without any judgment. It was awesome! Another perk was there was only about 400 girls in the whole school. Even if you couldn’t remember everyone’s name, their face was one you recognized often. There was also some down falls to going to a school with all girls. The drama, jealousy and bitch talk…I’m sure this happened at any school, but when you have a school full of all girls, it’s worse. Girls can be mean! I made some enemies, but most importantly, I made close bonds with a lot of friends I still have today. 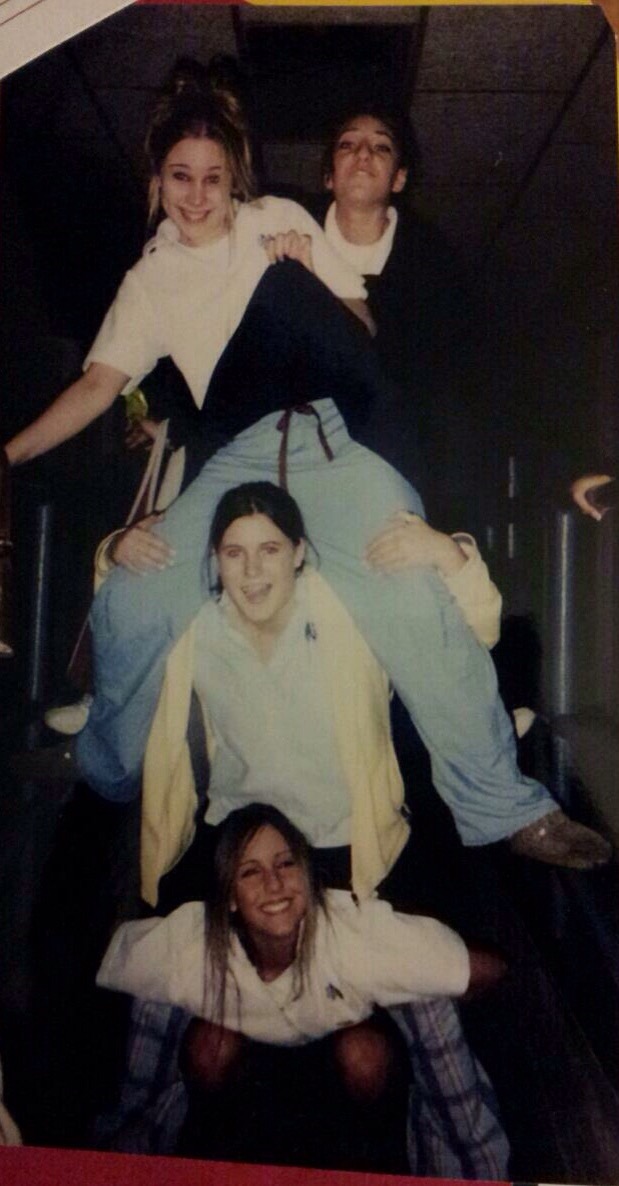 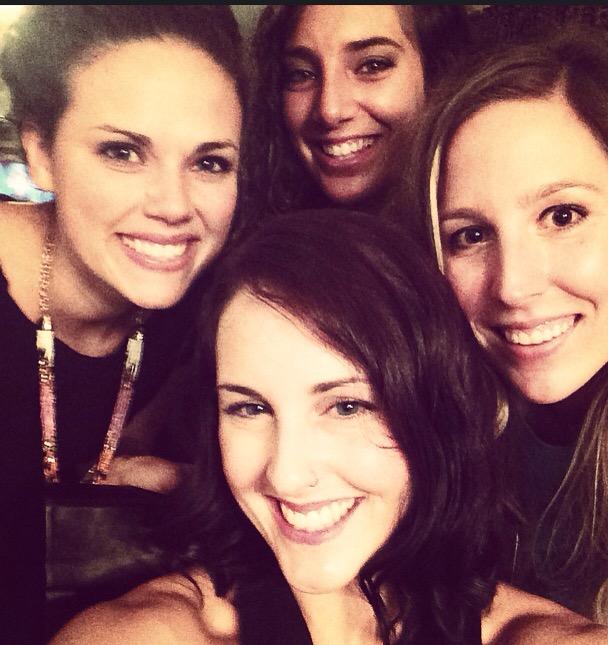 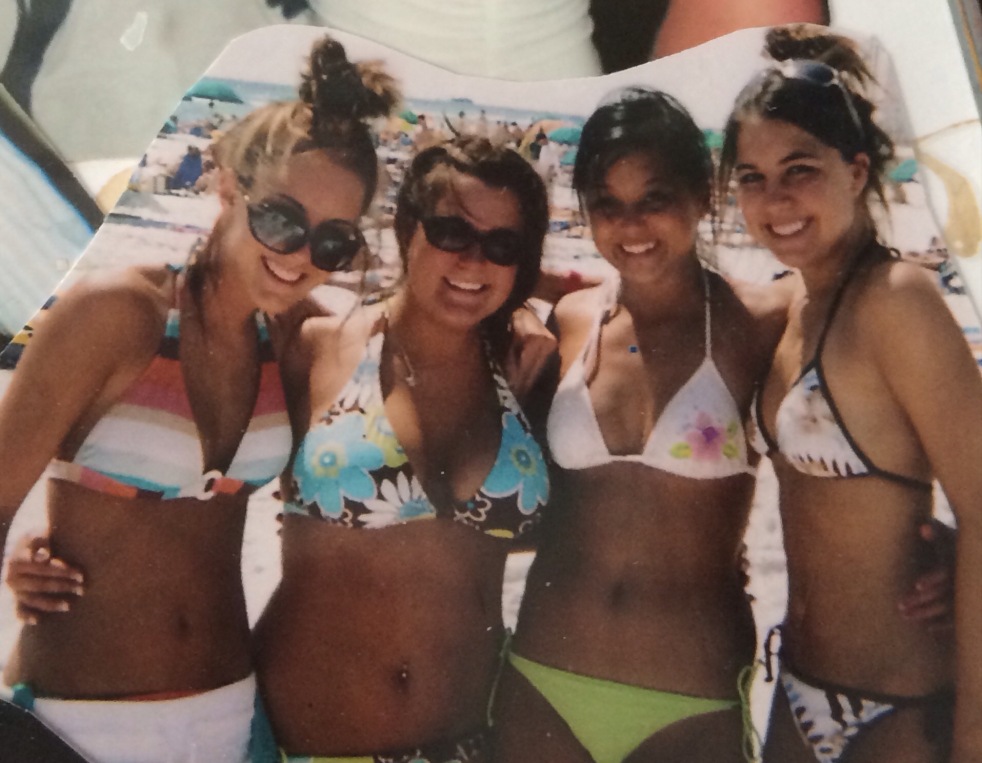 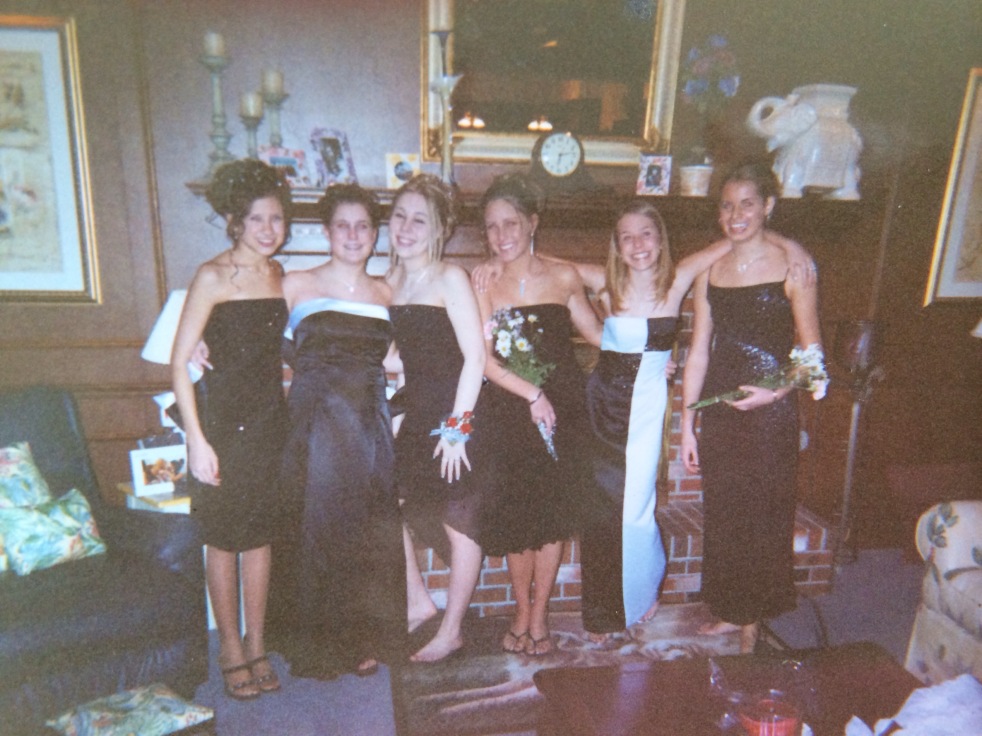 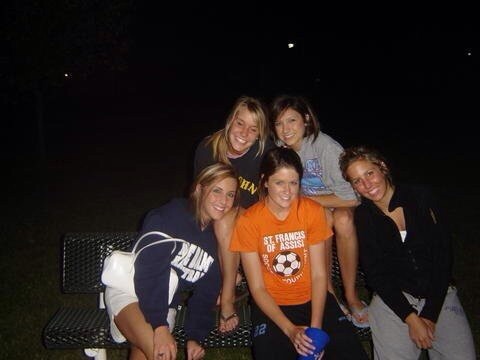 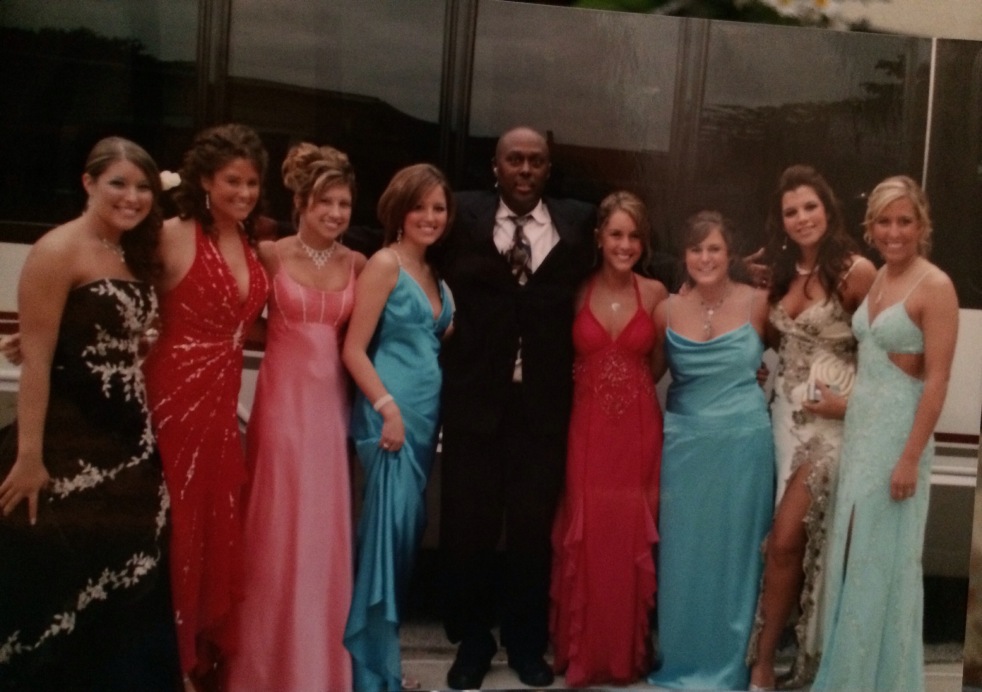 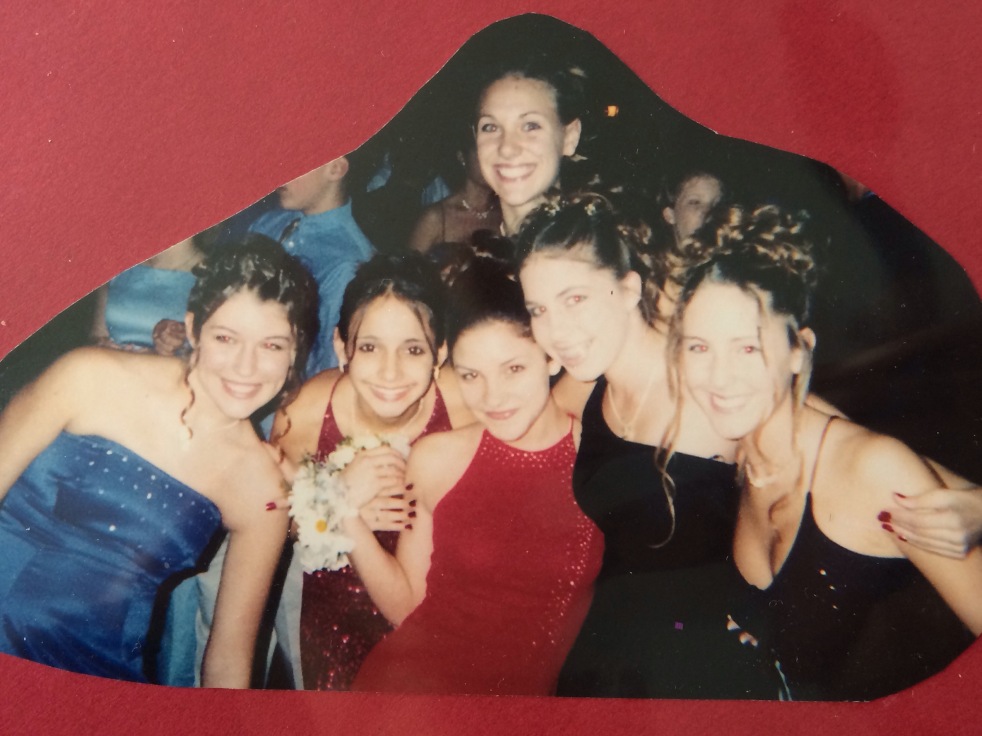 I graduated in 2006 and that was around the time I noticed my first symptom of FA. It was very subtle. I wasn’t able to run as fast. I tripped a little more, but never thought much of it. I went on to college that fall to Missouri State University in Springfield, Missouri. Two very memorable years were spent there. Freshman year was by far the best! I lived in the dorms that first year with a dear friend from high school…we had a blast! Probably a little too much fun. My grades started slipping. I had to make a little visit to the Dean’s office and make a promise that I would keep my GPA up the following semester, or he was going to give me the boot. I was true to my word and kept my grades up. Also, I had that ‘someone special’ whom I didn’t want to leave-so I was more motivated to keep my grades up. My sophomore year, I moved into a house with two friends and was on my own financially. I worked and studied. Worked and studied…That was also the year my boyfriend and I split; this year sucked! Dealing with heartache, paying rent, gas, food, working two part-time jobs and balancing school–I couldn’t handle it. I got my ducks in a row, weighed in on my options and knew it was time to start a new chapter at a school closer to home. So, at the end of my second year at Missouri State, I said goodbye to Springfield. 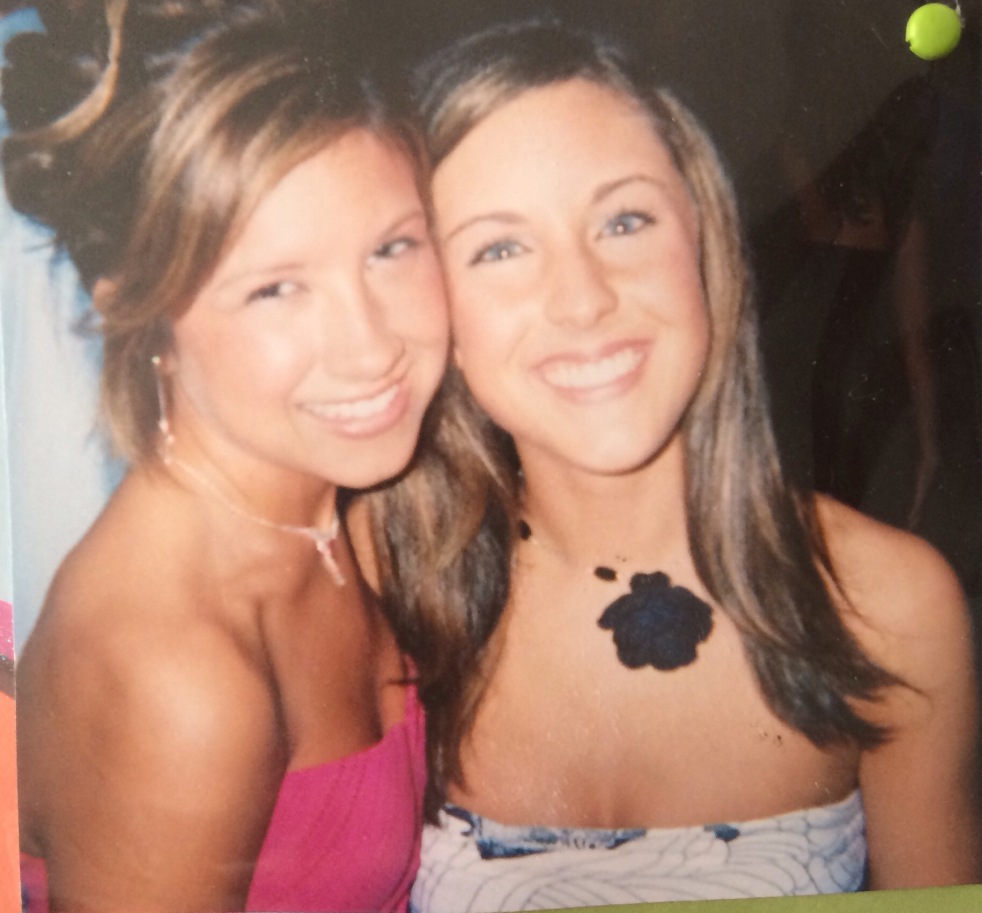 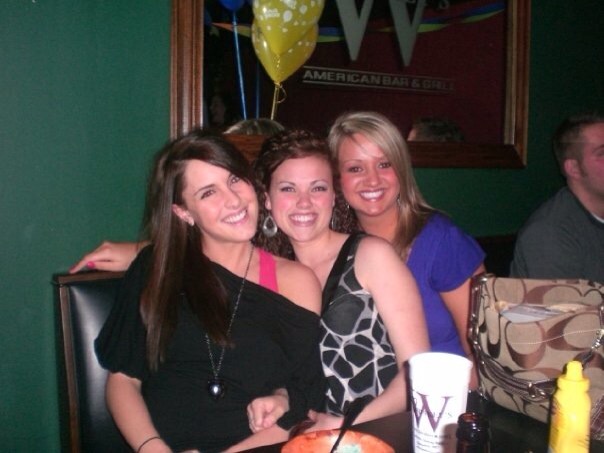 I moved back to St. Louis with my parents and finished my two remaining years of college at Maryville University. I’m glad I took this leap; Maryville was a perfect fit for me. I ended up majoring in Psychology and Sociology with hopes of becoming a counselor. While enrolled in school, I landed a job at a Preschool and fell in love with the children I had in my class. I loved all my co-workers and was starting to feel at peace. Or so I thought…

It was in these two years that I noticed my clumsiness becoming more apparent. Just walking to class from my car was exhausting. I couldn’t run up and down the stairs anymore. I was noticing I had to be more cautious with each step. Again, I kind of brushed it off thinking I had weak knees and was just a clumsy person. But a little more time passed and my symptoms became more alarming. I went to my primary physician and explained what was going on and she referred me to an ENT, thinking it could be an inner ear problem causing me to be off balance. Well, that wasn’t it. The ENT kind of threw her hands in the air and thought it’d be best I see a neurologist. From there, the neurologist wanted to test me for MS (Multiple Sclerosis). I got an MRI of the brain, which showed no sign of MS. At this point, the Doctor was scratching his head and knew whatever was wrong was out of his reach. He referred me to a specialist in neurology at Washington University (the best research hospital in St. Louis).

At this point, I’m freaking out. Out of the three Doctors I’ve seen, not one had any idea what was wrong with me. When I met the specialist, Dr. Harms, I knew from the start he would be the one with an answer. We started with the basic neurological tests that I was becoming way too familiar with doing for every Doctor: stand with your feet together, now with your eyes closed, touch your nose then to my finger, follow your eyes with my moving finger, walk a straight line, sing a musical note and hold it for as long as possible…testing my strength, grip and reflexes. This was about the third time I was doing these tests and every time it shocked me how much I struggled at all of them. They seemed so simple. Why couldn’t I do them anymore?

Dr. Harms had a good idea what the culprit of my symptoms was, but to further the testing he needed blood work. He gave me a list of 3 possible diagnoses he was testing me for. One, of which, was Friedreich’s Ataxia and the other two were something not so life altering and had treatment for. I went home and researched myself crazy about Friedreich’s Ataxia. OMG! The things you read online about it are scary as hell. The only words I picked up on were ‘wheelchair’ and ‘death.’ I wished and prayed for the weeks before the final verdict it was going to be one of the better two. There was no way I could phantom having FA. Sure enough, January 2010, Dr. Harms dropped the bomb. It was Friedreich’s Ataxia. As I’ve stated in previous posts, I kept this a secret for some time after diagnoses. After a year or so I grew the courage to tell close friends and little by little I gradually told more. Around October 2011, was the time I found out I was pregnant and there was no hiding I had FA as only months later I needed a walker.

During my pregnancy, I moved into my house that I rent from my aunt and uncle who bought it after my cousin and great-grandfather lived in it. So much family history is this house–I love it! It is perfect for me; a small slab home with no stairs and easy to maneuver around. My symptoms of being uncoordinated and off balance crept up faster than I expected because of my hormones while pregnant, so I was extremely blessed to call this house my home. I prepped for having a baby with the extra bonus of physical therapy, occupational therapy and figuring out how I was going to take care of an infant when I couldn’t walk on my own. I got creative and figured some things out. 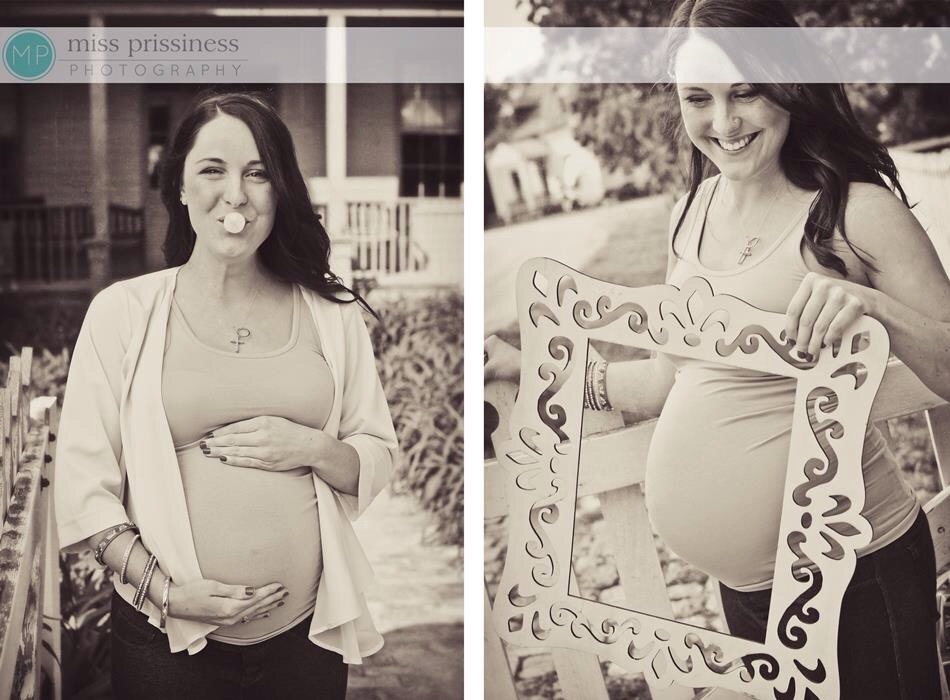 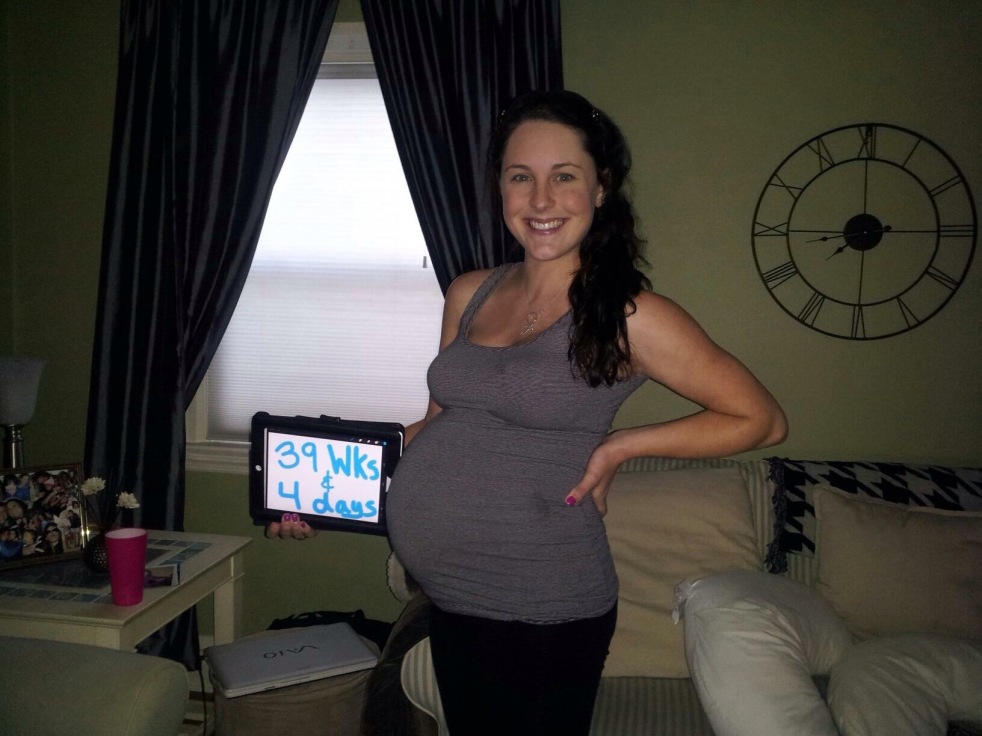 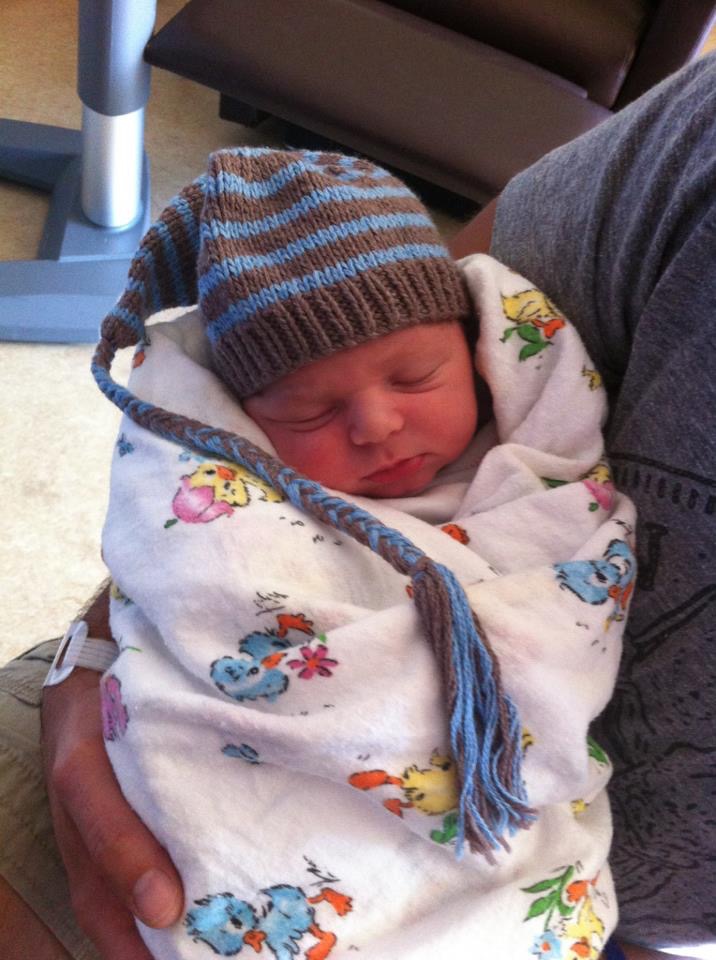 My son has been my #1 since the day he was in my belly. My goals of overcoming my struggles and challenges are because I want to be there for him for a VERY long time. I want Eli to see his mom as a fighter, not a quitter. It sure is amazing how your kid(s) have the biggest impact on your life! 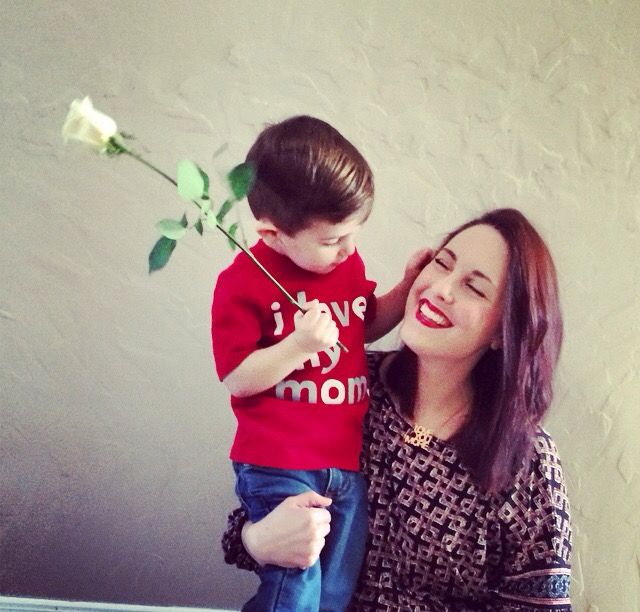 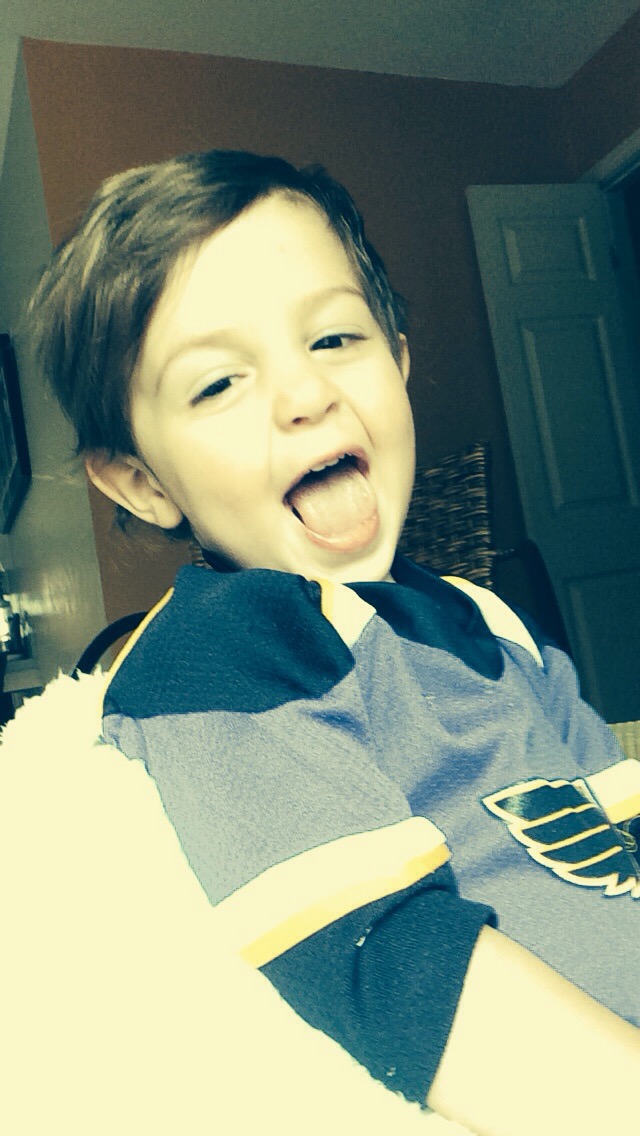 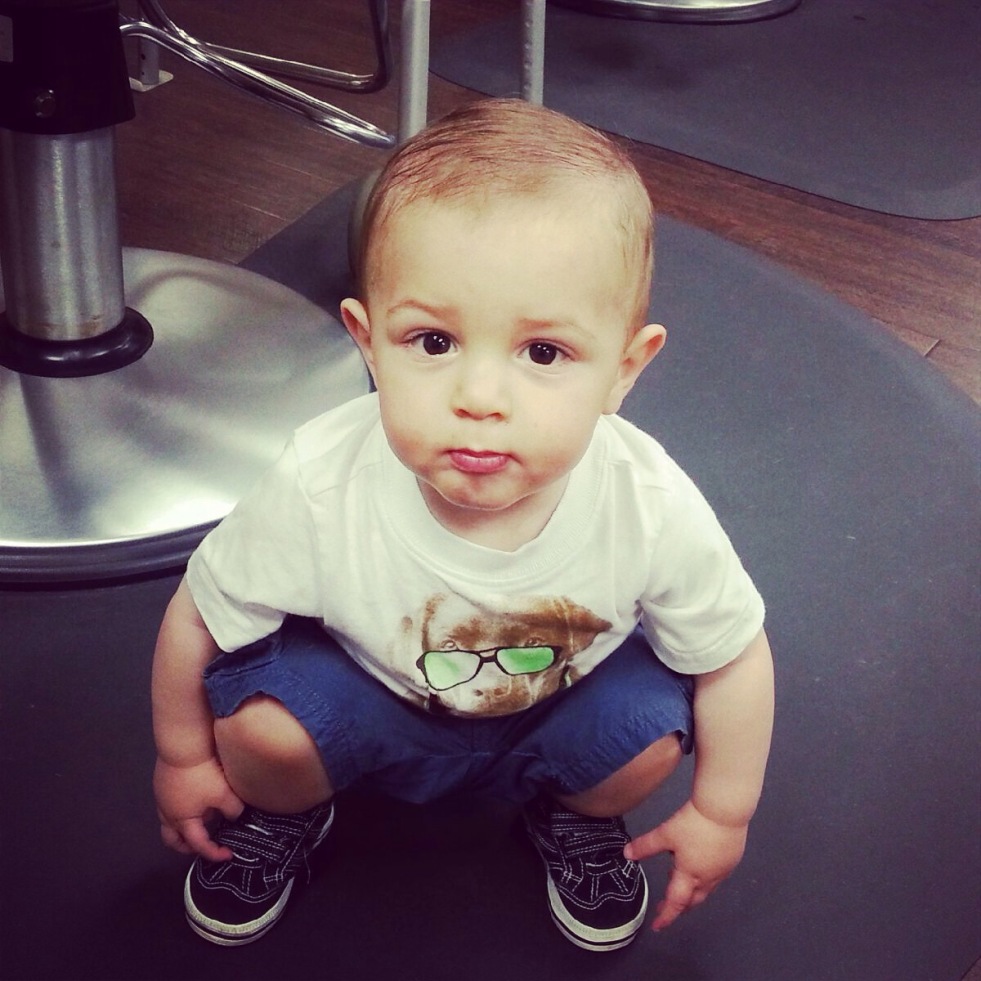 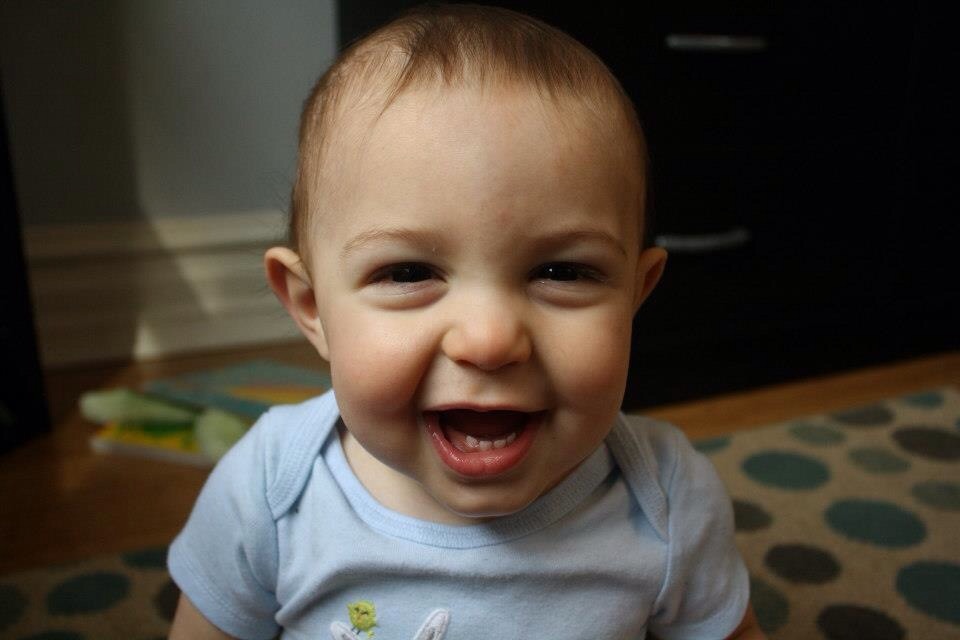 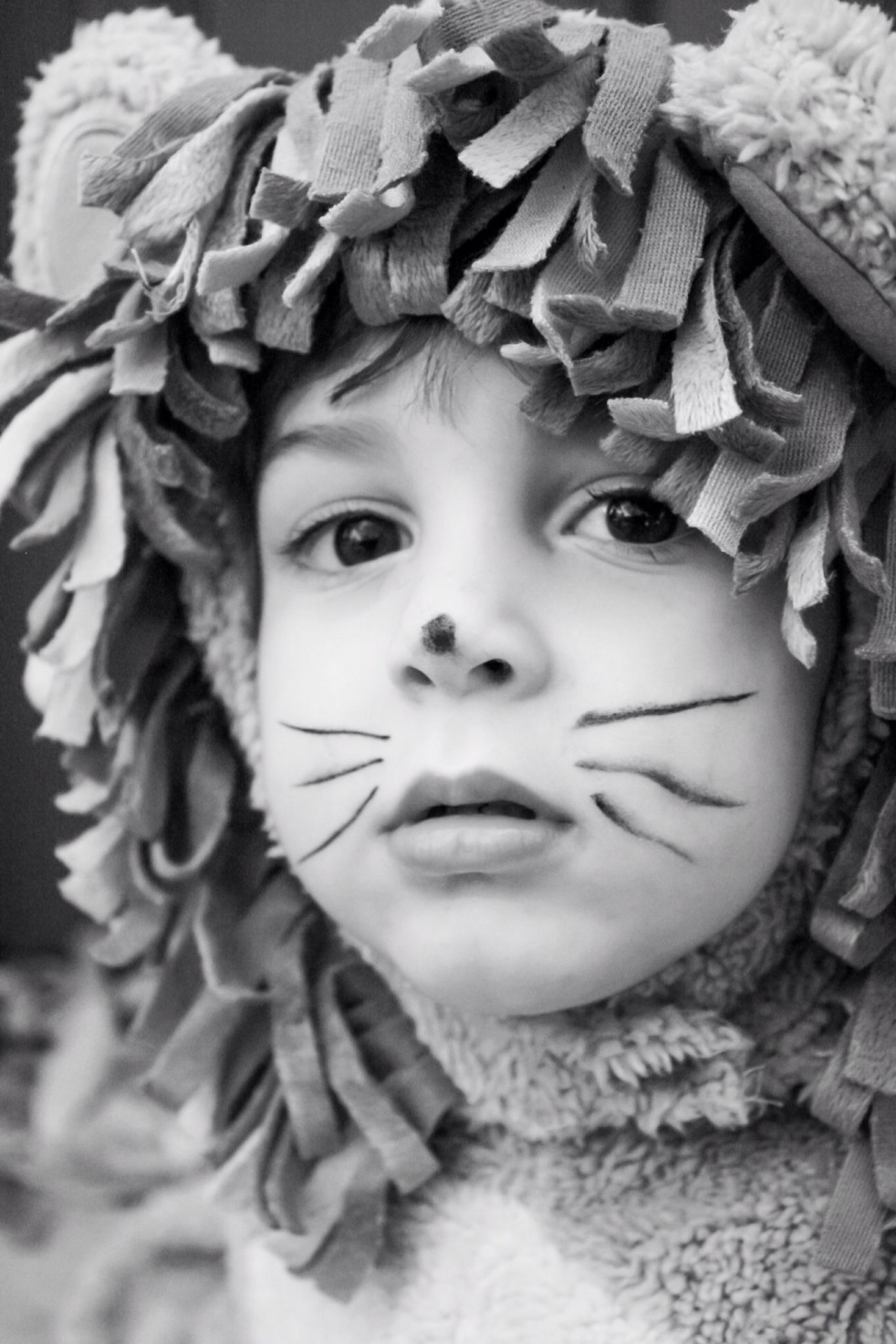 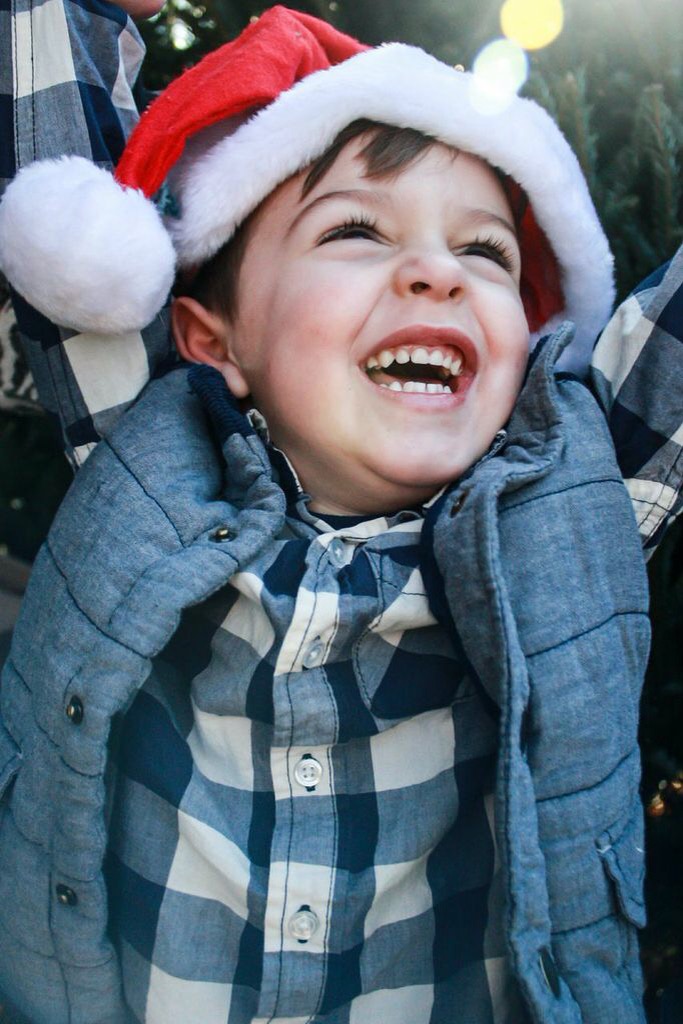